The memorial was built in 1962, since then it has been visited by about one million people. On May 5, 1989, the remains of the sunken battleship were declared a national historical monument. The memorial can be accessed only by water, for this purpose a marina has been attached to it.

Near the entrance to the memorial building is one of the three anchors of "Arizona", the main hall of the memorial has seven windows, symbolizing the date of the attack on Pearl Harbor. The walls of the building bear the names of all 1,177 dead sailors from the "Arizona". In place of the memorial, oil stains continue to appear on the surface of the water, emerging from the bottom, which are called “Arizona tears”.

Even before the construction of the memorial, a tradition emerged, according to which every US president should visit the place where the “Arizona” was flooded at least once. The ceremony was also attended by current and former emperors of Japan.

3DS and Max 3 Model of the Arizona Battleship Memorial in Pearl Harbour Hawaii. 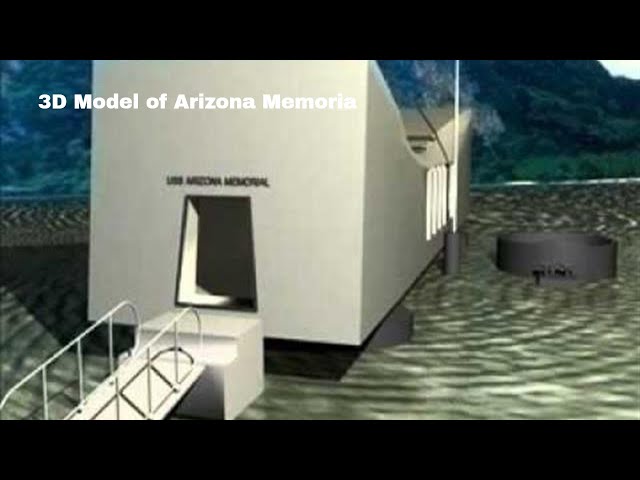