NOTE: the pilot character is not rigged -no bones- External pylons and weapons could be removed. Made in cinema4d R12. .fbx format is good for importing in 3dstudio max and Maya. - F35A: Polygons 30501 Vertices 31998 - Pilot character: Polygons 5012 Vertices 5105 This model is only artistic representation of the subject matter. I made it for a flight magazine illustration. If you like the model please rate it. The F-35A is the conventional takeoff and landing CTOL variant intended for the U.S. Air Force and other air forces. It is the smallest, lightest F-35 version and is the only variant equipped with an internal cannon, the GAU-22/A. This 25 mm cannon is a development of the GAU-12 carried by the USMC's AV-8B Harrier II. It is designed for increased effectiveness against ground targets compared to the 20 mm M61 Vulcan cannon carried by other USAF fighters. The F-35A is expected to match the F-16 in maneuverability and instantaneous and sustained high-g performance, and outperform it in stealth, payload, range on internal fuel, avionics, operational effectiveness, supportability, and survivability. It is expected to match an F-16 that is carrying the usual external fuel tank in acceleration performance.It also has an internal laser designator and infrared sensors, equivalent to the Sniper XR pod carried by the F-16, but built in to reduce radar cross section. The A variant is primarily intended to replace the USAF's F-16 Fighting Falcon. It was also to replace the A-10 Thunderbolt II starting in 2028. The F-35A can be outfitted with either of the two main air to air refueling types, which was a consideration in the Canadian purchase, and a deciding factor in the cost for the Japanese purchase. 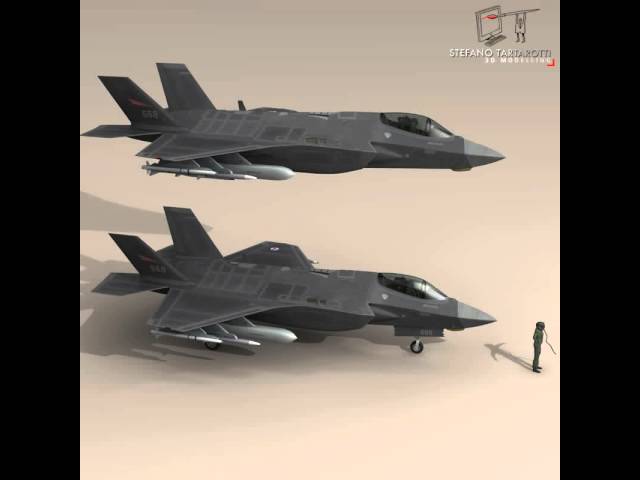