Handcuffs are a product, a device in the form of two rings with locks (bracelets) connected by a chain, used by the state law enforcement agencies to restrict the detainee’s actions or people for entertainment and so on.

Handcuffs are put on the hands and in one degree or another deprive the detainee of freedom of movement. The development of handcuffs is very peculiar, and is primarily associated with the level of metalworking (as the main material for the manufacture of handcuffs). Also in the design of the handcuffs can be traced and the national feature of the state of the manufacturer.

It is necessary to distinguish modern handcuffs and "old" - until 1912. This is a conditional division. In 1912, a structure was developed, which is now called the standard one and is used by the vast majority of manufacturers. However, some old models of handcuffs are still being produced. For example, in Pakistan and India, they are on police equipment.

The distinction of modern handcuffs is a moving arm that turns 360 degrees. Handcuffs are always ready to use, unlike the old models, which, being “empty”, were opened from the closed state only with a key (which was not very fast). The manufacture of handcuffs is done by assembling stamped elements, in contrast to the “piece” forged products of an earlier period.

In 1914, the first sample of modern handcuffs of the American firm Peerless appeared.

The difference of modern handcuffs: according to the method of connecting bracelets between themselves (stiffness, limitation, the impossibility of self-liberation):

The most common causes are minimal inconvenience when worn on the hands, almost all handcuffs use two chain links (BRS-1, BRS-2, BKS or Tenderness, KRAB, KROT - Russian). With the help of a key or improvised means are removed from their own hands.
Hinge more rare instances, "hard", of various designs; the hinge between the bracelets makes it possible only to fold the handcuffs. Seriously limit the mobility of the hands. It is already problematic to remove (does not apply to biofeedback and the latest versions of the BRS-3, as the keyholes on both sides of the bracelets). It should be noted, however, that recently there has been a tendency to consciously manufacture handcuffs with keyholes on both sides (all models of the American company ASP, new models of the English company TCH, German Bonowi Trilock). Although this fundamentally reduces the complexity of self-lifting handcuffs, but, according to manufacturers, it simplifies the removal of handcuffs by law enforcement officers, since the keyhole is always directed upwards.
Without hinge. Bracelets are rigidly fixed to each other. Special lining on chain handcuffs, which turn handcuffs into hinges, are produced.
Finger (fingertips). A special subspecies of handcuffs that are put on the arrested person’s thumbs, which makes it difficult for him, for example, to try to open ordinary handcuffs. 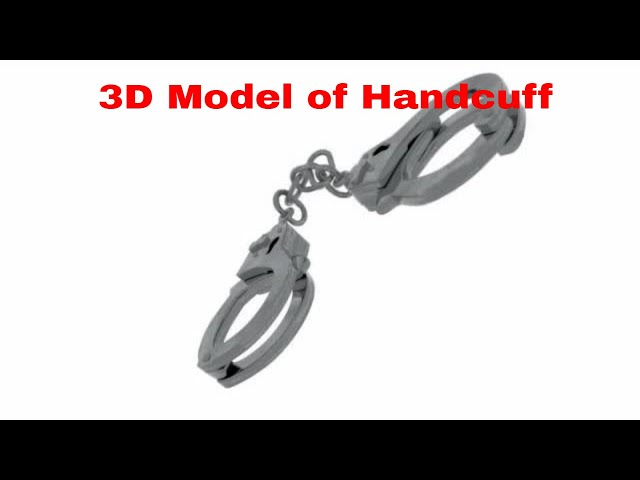