The Jupiter C/Explorer I rocket ushered the US into space with its first satellite, the Explorer I. Based on the Redstone Ballistic Missile, the three stage rocket was comprised of restone and sergeant motors. Spin-off of the Jupiter C was the Juno rocket.


The Jupiter C was an American research and development vehicle developed from Jupiter A. The Jupiter C was used designed by the US Army Ballistic Missile Agency (ABMA), under the direction of Wernher von Braun.

The Jupiter C consisted of a modified Redstone Ballistic Missile with two solid-propellant upper stages. The tanks of the Redstone were lengthened by 2.4 meters to provide additional propellant. The instrument compartment was also smaller and lighter than the Redstone’s. The second and third stages were clustered in a “tub” atop the vehicle.

The Jupiter-C was part of the IRBM project, and the sequence of the manufacture of the rockets was considered a military secret. So the designation painted on the sides of the rocket was not a serial number in clear text, but employed a simple transformation code that the staff would be sure not to forget.

Let us admit, most of us have at least once, dreamt of flying a rocket, but not everyone gets a chance. That is why FlatPyramid has developed a 3D model of the US Jupiter C Rocket. It can used in visualizations, animations, gaming and other stuff. It is available in different formats to be used in different projects.
The model is very detailed and very well defined. We hope you like it.

In case of any inquiry, please feel free to contact us.

Thank you for showing interest in the 3D model of the US Jupiter C Rocket. 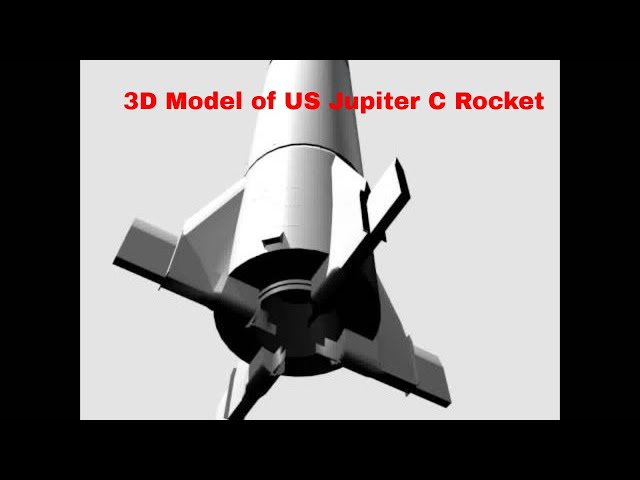