The first version of the Boeing 767, 767-200 family of aircraft began to be created in 1978, and the first aircraft of this modification began commercial flights in 1982 when it began servicing United Airlines lines. From the very beginning, the main customers of this aircraft were also the airlines Delta Air Lines and American Airlines, which used 767-200 mainly on US domestic routes, between the country's largest airports, for example, such centers as New York and Los Angeles. The usual layout of the passenger compartment of the 767-200 had three salons, differing in classes with a total number of seats - 181 or two salons with a total number of seats - 224. All standard 767-200 models had a maximum passenger capacity of 255, due to limitations which imposed the number and location of emergency exits on the plane. Customers had the opportunity to order a modification with the number of seats 290, but this required the installation of an additional door and the placement of all passengers in the same cabin with the arrangement of seats according to the formula 2-4-2.

Boeing 767-200 3D Model was created in blender3d 2.62. Rendering preview images with blender internal render and with compositing nodes. Objects are named by objects and materials. There are 3 textures for this product.One for the fuselage 2224x2224 px png texture.Second for the engine1050x1050px png and third for the wings2050x2050 px png.All textures were created with Inkscape vector software. Objects are separated. There are also small wings for breaking the aircraft which are separated from big wings, so you can put a pivot object and rotate as you like. Preview images were rendered with subdivision 2 until the product was packed with subdivision 1. As a background image, I used a photo of the sky I made with my digital camera, not included with the final product. There are no interior objects for this product. Enjoy my product. 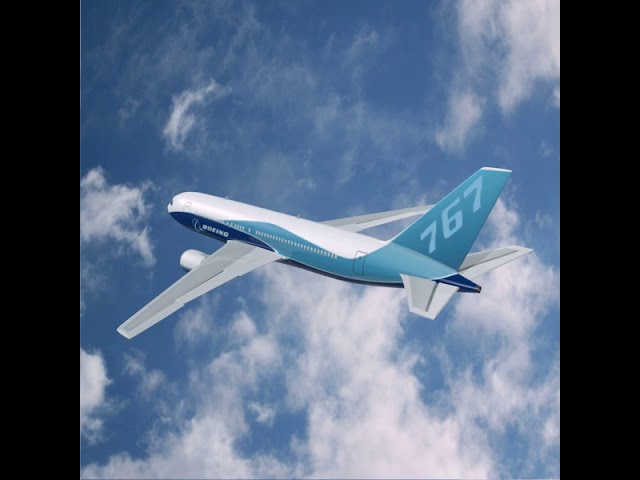