How To Smooth The Edges Of A Polygon Model

How To Smooth The Edges Of A Polygon Model 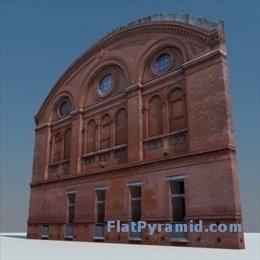 Polygon models which have surfaces that appear curves are actually created with tiny series of lines. These lines can be smoothed in the rendering process making the lines appear smoothed, and authentic. Many created 3D models are created from these series of tiny lines, but have the appearance of curved surfaces such as furniture, or vehicle 3D models.

An image can be smoothed to the user’s satisfaction – but trial and error is the best way to determine when an image has received enough tweaking and smoothing. Over smoothing occurs within many novice 3D modelers, and can be avoided with practice. Many tutorials are available on the internet for modelers to take advantage of.

Beveled Smoothing adds extra polygons to the 3D model to create the smoothing effect on the shell of the3D model. This insertion of polygons creates extra space for light to be distributed over the 3D model and allow for shadows and shading occurring. These extra faces of the polygons create detail, creating a smoothed and lifelike 3D model.