The great great white shark, also referred to as the great white shark, is a species of an outsized shark which may be found within the coastal surface water of all the main oceans. The white shark is known for its notable size, with larger female individuals growing up to 6.1 meters in length. However, the average males measure from 3.4 to 4.0 meters and an average female measure from 4.6 to 4.9 meters.

The great white shark has no identified predators other than killer whales. It is possibly the world’s largest known extant macropredatory fish and it’s one among the first predators of marine mammals.

The species faces several ecological challenges which have resulted in international protection. The IUCN lists the good great white shark as a vulnerable species. It is also protected by several national governments such as Australia.

The great great white shark lives in most coastal and offshore waters which have water temperature between 12° and 24° Centigrade.

Not many of us get a chance to see a shark in real life, but that does not have to mean that we can never see a realistic shark. FlatPyramid has developed an incredibly realistic 3D model of the great white shark which is available in different formats. It can be used for commercial and non-commercial purposes depending on the intention to buy it. This ultra realistic model will surely give you feels of seeing to a real shark. We hope you like it.

Thanks for showing interest in the 3D model of the great white shark at FlatPyramid. 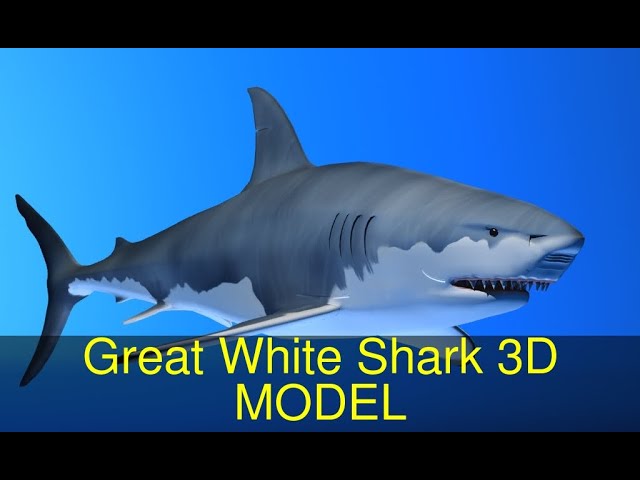