Created and Rendered in Blender

A hat is a head covering item which is worn for various reasons, including protection against weather conditions, ceremonial reasons such as university graduation, religious reasons, safety, or as a fashion accessory. Here, we discuss a list of some common and iconic examples of hats.

Beret: Beret is a soft round cap, usually of woollen felt, with a bulging flat crown and tight-fitting brimless headband. Worn by both men and women.

Ascot Cap: It is a hard man’s cap, similar to the flat cap, but distinguished by its hardness and rounded shape.

Cloche hat: This is a bell-shaped ladies hat that was popular during the twenties.

This 3D model of hat made in red, blue and withe color and show print as a american flag. As you can see in the 3D model of hat, this model can be used with various applications such as animated movies, school & college projects, scientific research, education purpose, games, and many more projects related to architecture. It is one of the most detailed models in 3D that you will come across on the web. In case if you have any queries, please feel free to contact. Thank you for showing interest in buying the 3D model of a hat at FlatPyramid. 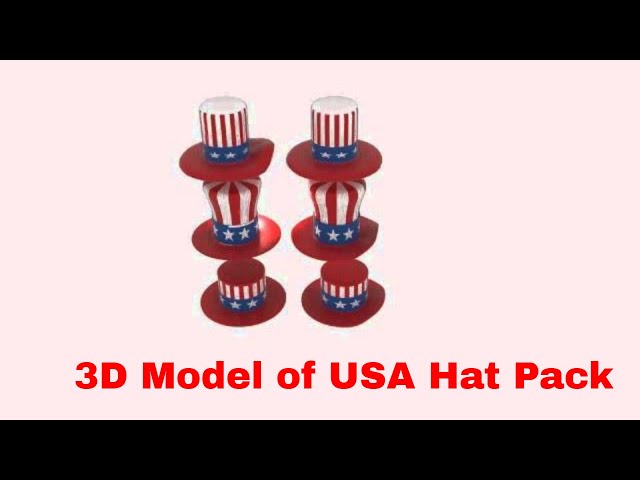