In the modern western area, architecture occurs on many scales from design and the realization of elements constituting members of building bodies, to that of entire cities as a whole. Architecture is perceived as a means of translating the space surrounding the human body by the philosophy associated with the psychology of the intimate sphere, the private sphere, the public sphere which is defined according to society. contains in factors the different importance given by the individual to self-awareness and external awareness. The containing space is gradually detailed in pieces, in rooms for the shelter of the individual, of the family; then in a common public space; and finally in "natural" space.

The activity of the architect according to his personal motivation is supposed to produce architecture when ordering collective structure (State ...) or individual. From the forms of ancestral funerary constructions, activity has focused on that of inhabited forms. They have become "classic" since the Middle Ages: they are houses, schools, hospitals, in addition to courts, places of worship (churches temples ...), workshops, "town halls" ... Added from the Neolithic as time has passed to the heritage of the elements coming from the modernization of human activity and the organization of the society where the practical side mixes with the ritual aspect become cultural aspect. These elements meet the military needs with gathering (squares, forts, and castles), structural needs of transport networks (bridges, ports, railway stations, airports) and trade (antique shops, halls, hypermarkets), needs gathering and leisure space (theaters, stadiums, gymnasiums, swimming pools, ice rinks, seaside and mountain residences) and sometimes expressed needs for pre-industrial and industrial production (factories factories built according to certain modes of human resources management , management mode of the advertising image). After the Renaissance, the Western-style architectural project resulting in the Architecture expressed on the habitat building or other takes a technical formulation of the design procedure defining the presence of Architecture. What is wanted is to establish-procure sensations in the observer. In the history of construction in the West, the construction without architectural formulation has moved from the majority of buildings to its opposite: an architectural formulation of most of the building construction. The architectural formulation of the building for the appearance and organization of the volumes has been associated with the formulation of the aspect and the organization of the terraces slopes and circulations of the parcel of land that receives the building. 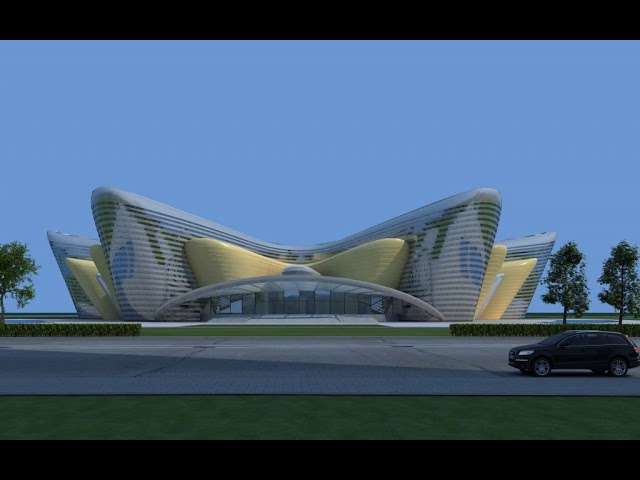