The predecessors of modern trucks appeared in the late XIX - early XX centuries. In 1906, the Pennsylvania Railroad introduced the first power-operated baggage platform that was used at its stations.

A modern forklift truck appeared in the late 1920s with the efforts of several American and European companies leading independent development. A certain impetus to the development of this industry was given by the First World War, during which a lack of manpower led to the fact that several developers began independently to develop equipment for warehouse operations. The direct precursors of industrial loaders are the Hyster (Heister) truck and the Clark Equipment sand truck. In the USSR, the first "portal truck" Hyster appeared in 1930, supplied with other technological equipment by Albert Kahn Inc. during the construction of the workshops of the Chelyabinsk Tractor Plant.

The Second World War accelerated the development of forklift production, primarily in the United States. The American company Hyster supplied loaders for the needs of the US Army, after World War II they remained working in Europe to rebuild the destroyed cities and became legendary due to their power and reliability. After the war, the economic recovery in Europe led to an economic recovery, primarily by German forklift manufacturers Jungheinrich, Linde, STILL GmbH and Steinbock. 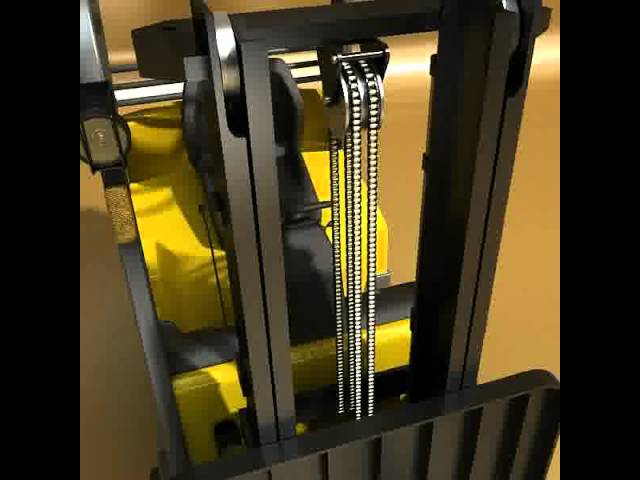