Technical detail:
render: Vray Adv 3.00.08
all texture and material you will find in the archive

A syringe is a simple pump consisting of a plunger that fits tightly in a tube. The plunger can be pulled and pushed along inside a cylindrical tube (called a barrel), allowing the syringe to take in and expel a liquid or gas through an orifice at the open end of the tube. The open end of the syringe may be fitted with a hypodermic needle, a nozzle, or tubing to help direct the flow into and out of the barrel. Syringes are often used to administer injections, insert intravenous drugs into the bloodstream, apply compounds such as glue or lubricant, and measure liquids.

Prerequisites for the creation of a syringe in a modern setting arose after the discovery of blood circulation, circulatory circles in 1628 by U. Harvey and capillaries in 1661 by M. Malpigiy. Contributed to this and the creation in 1662 of the Royal Society of London, which allowed the exchange of scientific discoveries, observations, the results of experiments, to summarize them. In 1665 the results of studies on intravenous infusions of animals of various solutions were published by K. Ren. At the same time, they used bubbles of fish, animals, and feathers through which, by making a venesection, injected solutions into a vein.

Despite the fact that intravenous injections were carried out from the middle of the XVII century, the syringe, in the form in which we know it now, was invented only in 1853 independently of each other by the French surgeon S.-G. Pravas and Scottish doctor Alexander Wood.

The first syringes were made of a rubber cylinder, inside of which was placed a well-fitted piston made of leather and asbestos with a metal pin sticking out. At the other end of the cylinder, the cannula was strengthened. Since the cylinder was opaque, notches for the dosage of the medicine were made not on it, but on the metal pin of the piston. 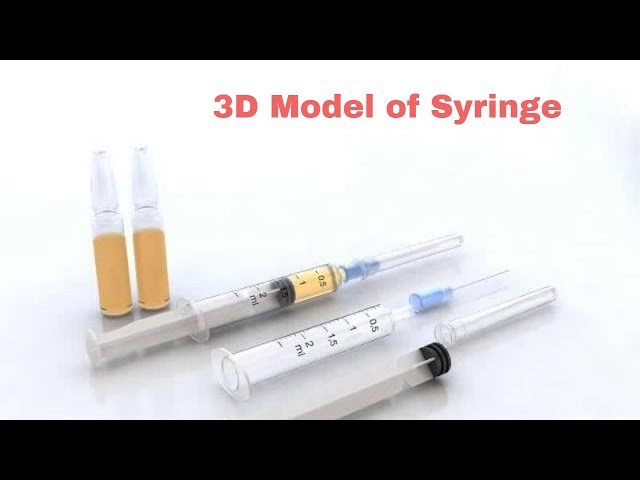