Now these are way too much fun, as well as practical. Here is an amphibious vehicle, 8 wheeled, 8 wheel drive, based loosely on the Argo line of vehicles, specifically the Avenger model. Nicely detailed with fully realized upper and lower body shells, axles, wheel hubs and lug nuts, but no other mechanical pieces. Dimensionally correct within reason, but not an exact reproduction.

An amphibious is a vehicle that uses transport, viable both on land and on water. The Amphicar name is a portmanteau of amphibious and car.

Such vehicles use a unique hydraulic system to lift the wheels into the wells of the axle, enabling the vehicles to plane on water. These vehicles can move in about five seconds between land and water modes. The Quadski, launched in October 2012, is the first Gibbs fast amphibian.

This model was built in Germany from 1961 to 1968. Total production was 3,878 vehicles. It’s only civilian amphibious passenger automobile ever to be mass-produced. Between 1961 and 1967, 3,046 Amphicules were imported into the United States. It’s like having a boat on the water, they just float on the top of the water because no water can get into the cabin of the vehicle. This model also used on the road and under the water floating.

At FlatPyramid, we have designed a 3D model of an Amphibious Vehicle. Our 3d model appears like a unique Amphibious Vehicle model. This is a Realistic 3d model with Texture. This model can also be used for a variety of applications such as drawing, animated films, ventures, instructional aim, film making, and much more, the model is best for you. Thank you for choosing my product! If you have any queries regarding the product please call us. 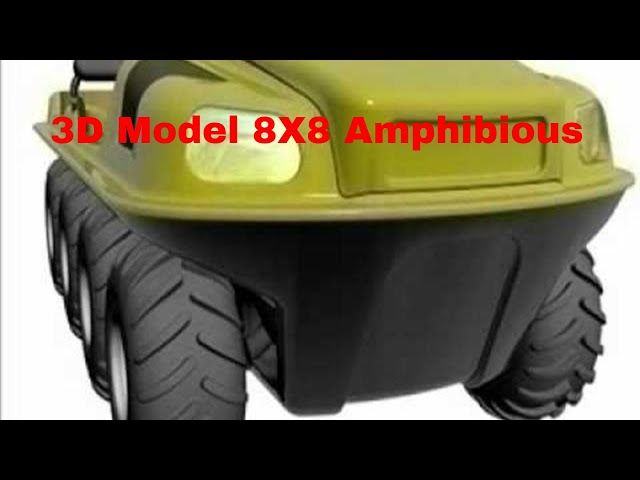