The Lexus 2054, looks cool is a completely bizarre coupe envisioned by Lexus. Right now, the car was just a concept, but it gave a preview on how cars in the future would look like. Dubbed as the Vetter Custom Dimensia,” it is known that the car was originally a Porsche and as per the listing it is powered by a 2.7 liter V6 engine. Powered by a six-cylinder Porsche engine that “sounds crazy”. The engine is linked to an automatic transmission sending power to the rear axle, but there are no details about output or the coupe’s performances.

The Lexus 2054 3DSMAX model has very good interior and exterior details. Lexus 2054 concept car 3D model prototype car is based on real units of measurement, qualitatively and maximally close to the original car. Renders are made in 3D file format: 3ds Max 2008 using V-ray render 1.5. These are vehicles 3d model that bring great stuff for your architecture visualization, 3d design, cg artwork or 3d rendering. A lot of low poly 3d model, vray materials, textures, rigged, animation are good to import them to your 3d scenes, or 3d printing.

The Lexus 2054 3DSMAX model has very good interior and exterior details. Free download this 3d object and put it into your scene, use it for 3d visualization project. In this model, every fundamental part is presented as separate part and arranged in such a way that it also remain easy to modify, remove or replaced any peripheral parts. If you need any help in changing any standard parts we are happy to make them for you. We also greatly appreciate you choosing our 3D models and hope they will be of useful to you. 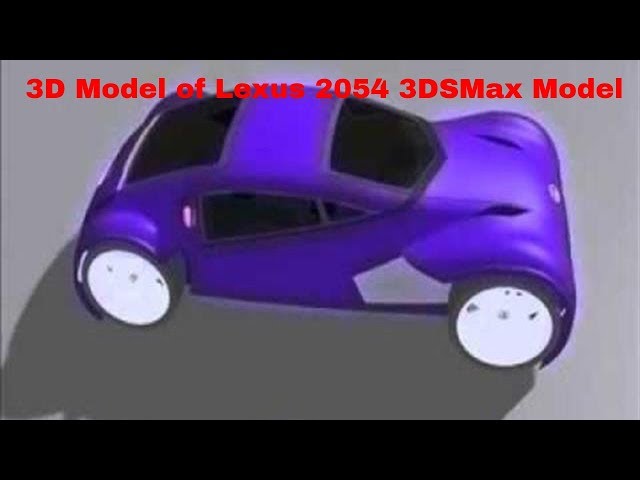