Cartoon car 3D model is a form of visual art, an image of unrealistic or semi-realistic two-dimensional drawings or contours for coloring, intended to illustrate satirical or humorous works, a caricature or the name of the artistic style of such works. The concept originated in the Middle Ages and was first described as a sketch of a drawing for a finished work of art (for example: painting, fresco, tapestry or stained glass). Over time, the specific definition has changed and expanded. In the 19th century, it came to mean humorous illustrations in magazines and newspapers, and from the beginning of the 20th century onwards, this concept was used to create comic books and cartoon cartoons. In this case, the artist, creating a cartoon based on semi-realistic drawings, became known as a multiplier.

Dive into the world of animation by learning about 3D car model. A low poly blue cartoon car, with separated wheels which you can animate them or use the car model system you like. Download fascinating Cartoon cars for gaming, filming and animations purpose. The wheels can be separated from the body of the cars, so you can animate them or can use the vehicle simulation system like virtualization.

The cartoon car models ranges from around 400 triangles to 600 triangles each, including the wheels. Presenting to you the low poly car 3d Model in modern style with acute forms and has level of detail like a real cars with headlights and bumper grille. Find here highly detailed 3d model of cartoon car.

Therefore FlatPyramid has come up with 3D model of cartoon car that includes high resolution textures along with availability in all formats like 3DS / OBJ / MAX / BLEND / FBX. We made this 3D model with ultimate accuracy and measurement so that it may reach your expectations and maximally close to the original.

Thank you for showing interest in buying 3D model of cartoon car from FlatPyramid with high quality rigging which are also available to download for commercial, non-commercial, and editorial use. 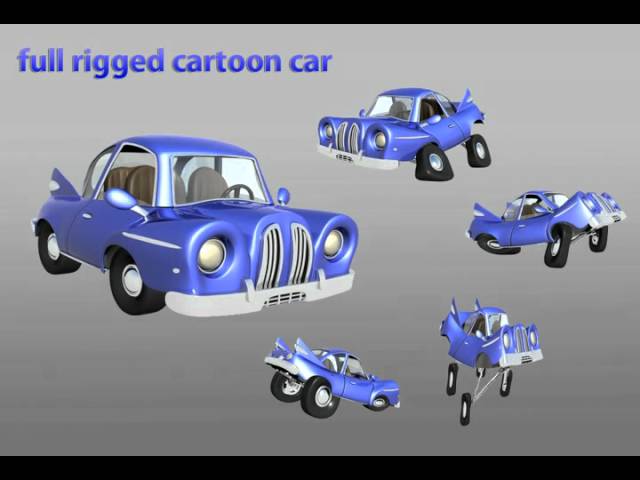