In appearance, the mastodons resembled an elephant, reaching the same size, had the same five-fingered limbs, trunk and were supposed to have the same way of life. The only significant difference is the mastodon teeth. The molars, which in each half of the jaw were from 2 to 4, are smaller than that of the elephant, and are covered with broad transverse tubercles with elevations that look like papillae (where the name Mastodon comes from is a ricos). Like the elephants, the mastodon's incisors were developed in enormous size tusks, protruding forward and somewhat diverging; In addition to the two tusks in the upper jaw, in many species and from the lower jaw two tusks of smaller size protruded. Compared to mammoths, mastodons had short legs, a long body.

According to the location and nature of the tubercles and the general shape of the molars, up to 50 types of mastodons are currently distinguished. The remains of mastodons are very numerous in the Upper Tertiary deposits of Europe, North Africa, South Asia, North and South America and were already known in the Middle Ages, but were then attributed to the giants. The surgeon Mazourier describes the mastodon bones found in 1613 in the valley of the Rhone River as the remains of the Temtobok king Cimbri. In addition to individual bones and teeth, several complete mastodon skeletons were found in Italy, France, and North America, which made it possible to study the organization of members of the genus. In Europe, Asia and Africa, mastodon appeared in the Middle Iocene and died out by the end of the Tertiary period. In America, he appeared later and existed even in the Quaternary, at the same time with the prehistoric man. It is therefore assumed that the mastodon moved to America from Asia, along the isthmus that once connected these two parts of the world that were now disconnected. 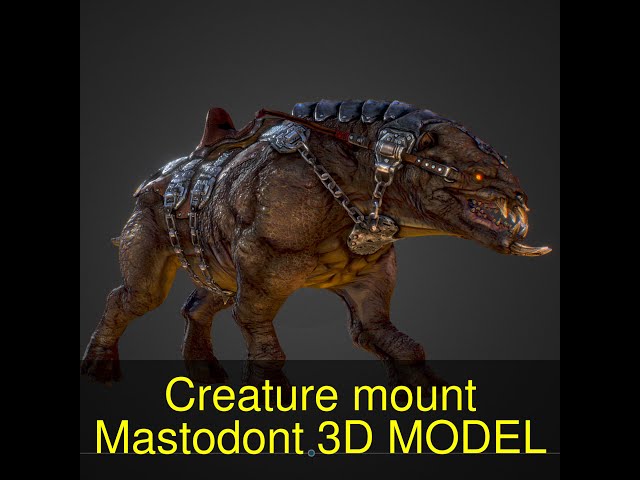