Vegetation is not included.

Donald Trump announced in 2001 that his new skyscraper project in Chicago would become the tallest building in the world, but after the attacks of September 11, 2001, construction plans were reduced, and its design was the subject of several revisions. When construction was completed in 2009, the Trump Tower became the second tallest building in the United States after the Willis Tower, overtaken by the One World Trade Center in New York in mid-2013. The Trump Tower has overtaken 875 North Michigan Avenue (formerly John Hancock Center), which was the building with the largest number of residences in the world before being in turn overtaken by the Burj Khalifa of Dubai in January 2010.
The design of the building includes, from the ground floor, a retail space, a garage, a restaurant, a hotel, and condominiums. The 339 rooms of the hotel were completed on January 30, 2008.  April 28, 2008, marked the grand opening with full board and services. The restaurant on the 16th floor, called Sixteen, opened in early 2008  has received many favorable reviews for its cuisine, décor, service, and view. The construction of the building was completed in 2009.
When the plans of the future tower were drawn during the year 2000, it was announced that this skyscraper was to be the highest in the world. After the attacks of September 11, 2001, it was decided to reduce the height of the tower so as not to attract other terrorist attacks.
The design of the tower by Skidmore, Owings, and Merrill was first unveiled in December 2001. According to the Chicago Tribune, the architectural firm had to make about fifty models before finding one to their liking. However, the first version of the tower did not meet with success with Chicago residents and the current state of the building is due to a subsequent revision of the plans in July 2002. In January 2004, another revision changed the floors from 17 to 26 and installed apartments and hotel rooms in the office place. Construction began on March 17, 2005.
The tower is located at 401 North Wabash Avenue on the Chicago River, in the historic River North Gallery District, a section of the North Side community area in the north end of downtown Chicago and at the end of the southern part of Magnificent Mile and Michigan Avenue. 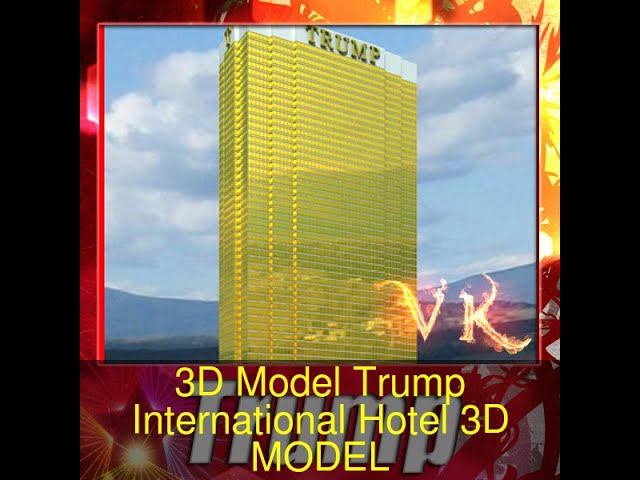