Modules of the great wall. The 2 walls and the tower are separate objects so you can easy build a long wall or a castle.

Construction of the first sections of the wall began in the III century BC. e. in the period of the Warring States (475-221 BC) to protect the state from the Huns. The construction was attended by a fifth of the then living population of the country, that is, about a million people. The wall was supposed to clearly fix the boundaries of Chinese civilization, to promote the consolidation of a single empire, just made up of a number of conquered kingdoms.

The settlements developing on the plain of central China, turning into large trade centers, attracted the attention of nomads, who began to attack them frequently, making raids because of Shan. Large kingdoms such as Qin, Wei, Yan, Zhao, attempted to build defensive walls on their northern borders. These walls were clay constructions. Kingdom Wei builds a wall around 353 BC. e., served as the border with the kingdom of Qin, the kingdom of Qin and Zhao build a wall around 300 BC. e., and the kingdom of Yan about 289 BC. e. Separate wall structures later merge to form a single structure.

It runs through 8851.9 km in northern China, and on the site Badalin passes in close proximity to Beijing (this is the last building of the Minsk dynasty era, with 6259 km of walls, 359 km of ditches, 2232 km of natural protective lines in the form of hills and rivers).
The length of the wall with all branches is 21,196 kilometers.

The thickness of the Great Wall is mainly about 5–8 meters, and most often the height is about 6–7 meters (in some areas the height reaches 10 meters) [the source is not specified 882 days].

The wall goes along the mountain range of Yinshan, skirting all the spurs, overcoming both high rises and very significant gorges.

For centuries, the wall has changed its name. Originally called “Barrier”, “Razgulom” or “Fortress”, later the wall acquired more poetic names, such as “Purple Border” and “Land of Dragons”. Only at the end of the XIX century, it received a name that we know to this day. 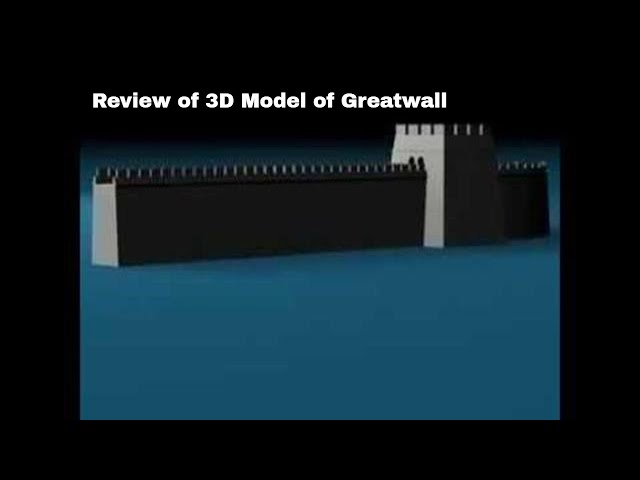