Challenger 2 - the main battle tank of the UK ground forces. It is also in service with the CWS of the Netherlands. It is expected that the operation of the tanks of this model will last until 2035.

The Challenger 2 tanks were used for combat operations in Kosovo and Iraq (from 2003 to September 1, 2010).

In May 2009, BAE Systems announced that it was curtailing the production of tanks of this model due to the lack of defense orders from the UK government.

The main battle tank Challenger 2 is produced by the British company Vickers Defense Systems (now part of BAE Systems). He is the third tank named "Challenger". The first was the Challenger A30, a variant of the Cromwell tank, equipped with a 76.2-mm cannon. The second was the "Challenger" - the main battle tank of Great Britain in the early 1980s - mid-1990s, who took part in the Persian Gulf War. Although the Challenger 2 was developed on the basis of the Challenger, the new tank differs from the earlier model with a completely new filling: only 5% of the parts are common to both models. At the moment, "Challenger 2" replaced the previous model in service with the British army.

Vickers Defense Systems began developing the successor to the Challenger tank as a private initiative in 1986. In the light of the requirements of the General Staff of the new generation tank, the company openly announced to the Ministry of Defense about the ongoing developments. In 1988, a contract of 90 million pounds was made for the production of nine experimental machines by 1989. In June 1991, after a lengthy comparison with samples from other manufacturers (among the possible candidates were the Abrams M1A2, Leclerc and Leopard 2), the Ministry of Defense decided to take on the Challenger 2 tank.

Assembly began in 1993 in two main factories: in Newcastle and Leeds. In total, about 250 firms were involved in the project. The first cars began to arrive in July 1994.

In 1994, the Challenger 2 tank was successfully tested for reliability; three cars were tested during the 285 test days on which the combat conditions were simulated. 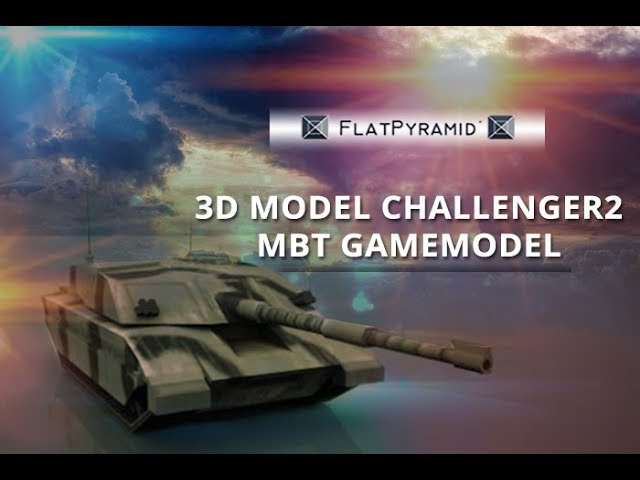