M270 MLRS (Multiple Launch Rocket System) entered service with the US Army in 1983. Production of this vehicle ceased in 2003. The M270 is currently in service with the US Army and a number of other countries. It is also a standard NATO multiple launch rocket system. A unique feature of the M270 is that it has got no launching rails. Rockets are fired straight away from containers. Each disposable container holds 6 rockets. Rockets can be stored in containers without any maintenance for up to ten years. Vehicle carries two such containers with a total of 12 rockets.

The M270 is based on the modified M2 Bradley infantry fighting vehicle chassis. Vehicle is powered by the Cummins VTA-903T diesel engine, developing 500 horsepower. It has an armored cab, protecting the crew against small arms fire. It is also fitted with an NBC protection and automatic fire suppression systems.

Our 3d model looks like an original M270 MLRS Artillery. This is a Realistic 3d model with Texture. Real-world scale and exact proportions. This model can also be used for a variety of purposes such as drawing, animated movies, projects, educational intent, filmmaking, and much more, the model is perfect for you. 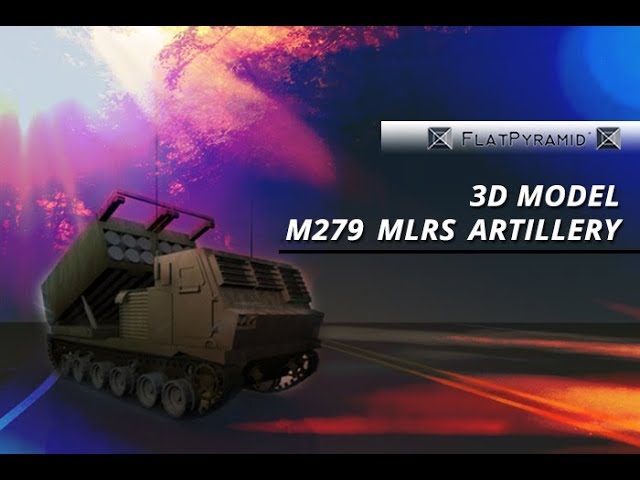