A fast attack missile craft is a small, fast, alert and offensive warship armed with anti-ship missiles, gun or torpedoes. A fast attack craft/’s main advantage over other warship types is its affordability. Many Fast attack craft can be deployed at a relatively low cost, allowing a navy which is at a disadvantage to effectively defend against a larger adversary.

The idea was first brought to action in the 1870s with the steam powered torpedo boat, which was produced in large numbers by both the Royal Navy and the French Navy. These new vessels proved especially susceptible to rough seas and to have limited utility in scouting due to their short endurance and low bridges.

Shortly before the beginning of the World War I, the idea was revived by putting new gasoline engines in the craft. Italy and Great Britain were at the forefront of this design, with the Coastal Motor Boat and the Italian Torpedo Armed Motorboat. The outstanding achievement of the class was the sinking of the Austro-Hungarian Battleship in the year 1918.

In case of any query, please feel free to contact. We will assist you with all your concerns and questions; it will be our pleasure to serve your needs.

Thank you for showing interest in buying 3-D model of the Type 022 Fast Attack Missile Craft. 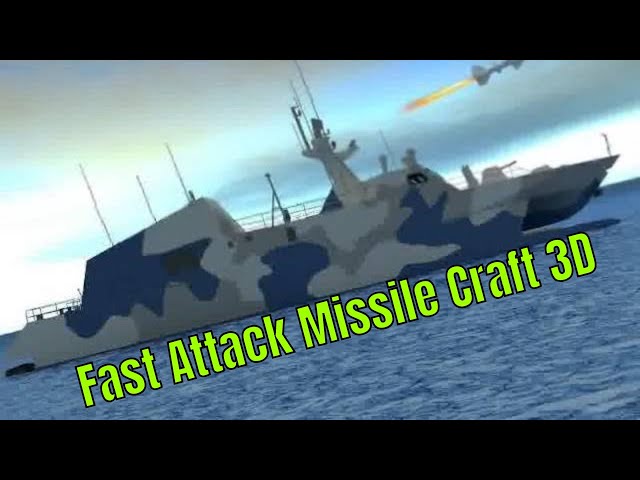