Christmas Tree 3d model.
Rendered with C4D.
All materials, lights, and textures are included, but it could need some texture reassigning.
Polygonal
Polygons 15929
Vertices 18599

Christmas tree - a traditional attribute of the celebration of Christmas in many countries around the world. It originated in the early Christmas tree is a coniferous tree (spruce, fir, pine) or its artificial imitation, decorated with garlands, special Christmas decorations, and candles or light bulbs. Installed at the time of the holiday in homes and on the streets.

Among the peoples of Europe, the custom of planting in the spring holidays of the "May tree" was widespread. By December 31st, the Georgians were collecting hornbeam firewood for the hearth, and chichilaki (curled hazel branch) decorated the holiday table. In Svaneti, on New Year's Day a birch was usually installed in the house. On the first day of spring, the young Jews of the mountain Jews went to the forest to search for “sham agagi” (“candle tree”), which they cut down, made a fire from it, jumped over it and sang.

A number of European nations used a large log or stump in the Christmas rituals, which was lit in the hearth on Christmas Eve and gradually burned during the twelve days of the holiday. It was believed that the careful storage of a piece of such logs over the next year protected the house from fire and lightning and brought good luck to the house. In southern Slavs such a log is called badnyak, in Scandinavians - juldlock, in French - la bûche de Noël (Christmas block).

The Celts with the festival of the winter solstice has long been associated mistletoe. Through the Celts, the symbolism of mistletoe firmly entered the Anglo-Saxon culture.

A legend popular in Germany associates the emergence of a Christmas tree with the name of St. Boniface. According to the life of the saint, to show the Germanic pagans the impotence of their gods, he cut down the holy oak of Odin. The legend develops this plot: to the question of shocked Germans, how to celebrate Christmas, he pointed out to them a small spruce tree that had survived under collapsed oak branches. It's evergreen branches symbolize immortality, and the tip indicates heaven, as the dwelling place of God.

Wonderful hawthorn from Glastonbury Abbey, which bloomed twice a year - at Christmas and in the spring - could contribute to the idea of ​​a Christmas tree. According to legend, he grew out of the thorn crown of Jesus Christ, brought by Joseph of Arimathea.

A tree of Christmas is an ornamented tree. It is typically an Evergreen conifer like spruce, pine or fir, or similar artificial tree, synonymous with the celebration of Christmas, hence its name, from Northern Europe.

Traditionally, the evergreen fir tree has been used for thousands of years to celebrate winter festivals. During the winter solstice, Pagans used branches of it to decorate their homes as it made them think of the coming spring. It is used by Christians as a symbol of eternal life with Jesus.

Our 3d model looks like an original Christmas Tree 3. This is a Realistic 3d model with Texture. Real-world scale and exact proportions. This model is no Photoshop or compositing used, Product is ready to render out-of-the-box. This model can also be used for a variety of purposes such as drawing, animated movies, projects, educational intent, filmmaking, and much more, the model is perfect for you.

It is the best choice when you need a model or object to perform a unique movement. To easily use them in your real-time applications, choose from our set of rigged and animated models.

You can use the Christmas Tree 3 3D Model in your various projects like a game, movie or any other project. Using filters to find 3D models that are rigged animated, low-poly or free. For animation, games and VR / AR projects, 3D bike models are ready.

Download the Christmas Tree 3 3D Model from FlatPyramid at the best price available online. Feel free to contact us at any time, in case you have any queries regarding the product. 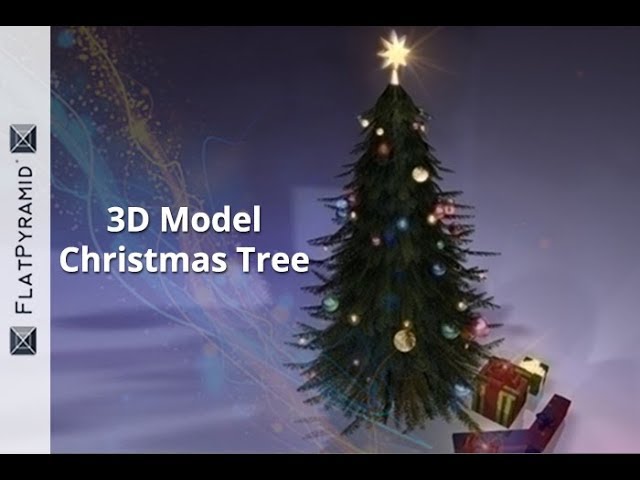