Lymphocytic choriomeningitis LCM, is a rodent-borne viral infectious disease that presents as aseptic meningitis, encephalitis or meningoencephalitis. Its causative agent is the Lymphocytic Choriomeningitis Virus LCMV, a member of the family Arenaviridae. The name was coined by Charles Armstrong in 1934.
In the Gale Encyclopedia of Medicine, second edition, lymphocytic choriomeningitis LCM is defined as “a viral infection of the membranes surrounding the brain and spinal cord and of the cerebrospinal fluid." The name is based on the tendency of an individual to have abnormally high levels of lymphocytes during infection. Choriomeningitis is “cerebral meningitis in which there is marked cellular infiltration of the meninges, often with a lymphocytic infiltration of the choroid plexuses.
LCMV is naturally spread by the common house mouse, Mus musculus. Once infected, these mice can become chronically infected by maintaining virus in their blood and/or persistently shedding virus in their urine. Chronically infected female mice usually transmit infection to their offspring vertical transmission, which in turn become chronically infected. Other modes of mouse-to-mouse transmission include nasal secretions, milk from infected dams, bites, and during social grooming within mouse communities. Airborne transmission also occurs.

The virus seems to be relatively resistant to drying and therefore humans can become infected by inhaling infectious aerosolized particles of rodent urine, feces, or saliva, by ingesting food contaminated with virus, by contamination of mucus membranes with infected body fluids, or by directly exposing cuts or other open wounds to virus-infected blood. The only documented cases of transmission from animals have occurred between humans and mice or hamsters.
Cases of lymphocytic choriomeningitis have been reported in North and South America, Europe, Australia, and Japan, particularly during the 1900s. However, infection may occur wherever an infected rodent host population exists. Seroprevalence is approximately 5% 0.7-4.7% of the US population. It tends to be more common among lower socio-economic groupings, probably reflecting more frequent and direct contacts with mice. However, obtaining an accurate sense of prevalence by geographic region is difficult due to underreporting. 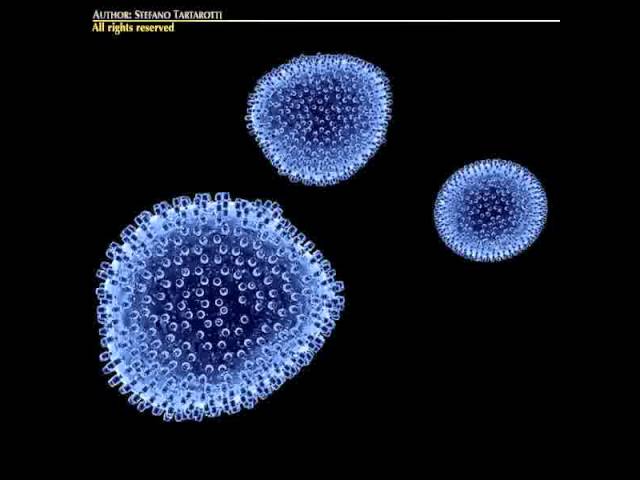