This is a low poly Basketball ball 3D model, it was designed to provide a high definition in a low poly.
Standard low-poly mesh with specific poly count.
It`s the basket ball model with the less number of polys than all the market.

The model is completely ready for use visualization in maya. For low poly model simply press “1” and for the high resolution press “3”.
In Cinema4d go to function menu and subdivide.
In 3dmax meshsmooth

Textures included. Each texture is in jpg format and have a 4K texture resolution for high quality
The files are Max, obj, fbx, mb ,c4d and 3DS.

Basketball - pumped up basketball ball. The ball must have a spherical shape and be set to a shade of orange with a traditional pattern of eight inserts and black seams. The mass of the ball (officially accepted size 7) is 567-650 g, the circumference is 749-780 mm. Smaller sized balls are also used: “size 7” balls are used in men's team games, “size 6” balls are used in women's team games, and “size 5” are used in mini-basketball games. Basketballs are of two types: designed for indoor play only and universal, that is, suitable for use both indoors and outdoors.

Spalding is a manufacturer of sports equipment from Springfield (Massachusetts). The company's founder, Albert Spalding, made the first ball in honor of James Naismith at the turn of the XIX — XX centuries. Since then, Spalding has been producing basketballs, and official balls for the National Basketball Association since 1983. Spalding is the first company to release a basketball for official games.

In June 2006, the NBA introduced a new official game ball for the 2006–2007 season. New production Spalding (Cross Traxxion) had a new design and a new coating, which, according to the manufacturer, allows you to better feel and grab the ball during the game. This ball made of artificial materials is more resistant than its leather counterpart. It is noteworthy that the NBA decided to replace the game ball for the first time in the last 35 years, and the second time in the last 60 seasons. However, at the insistence of the majority of players, the Association Commissioner David Stern decided on December 11, 2006 to return to the old leather ball model. 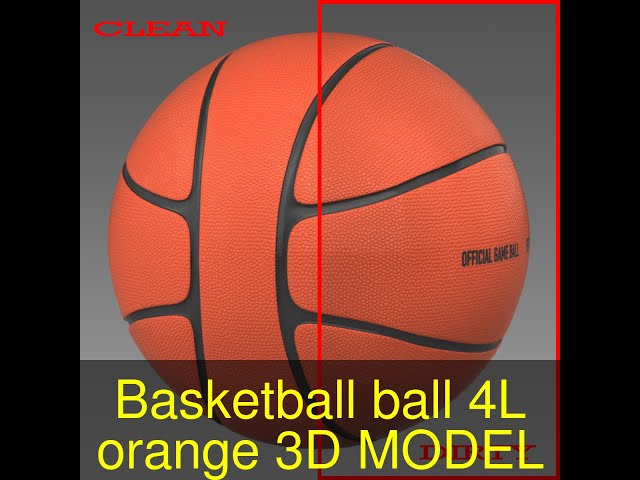