Two texture sets. One with company colors and one with generic airline colors.
Made in cinema4d R12. .fbx format is good for importing in 3dstudio max and Maya.
Polygons 8731
Vertices 10591
If you like the model please rate it.

In the coming years, it is planned to replace the Next Generation model with a Boeing 737 MAX.

The creation of the Airbus A320 family, which incorporated the latest technologies in the field of avionics and composite materials, pushed Boeing in 1991 to develop an updated aircraft. After consulting with potential customers, on November 17, 1993, the launch of the Boeing 737 Next Generation program was announced. The 737NG family includes the options −600, −700, −800, and −900. To date, this is the most serious update of 3D model 737. The performance of the 737NG has been greatly improved, however, at the request of customers, continuity with previous generations of the Boeing 737 has been maintained. The revised wing has a large area by 25%, the span has been increased fuel stock by 30%. Installed less noisy and more economical engines CFM International CFM56-7B. These improvements made it possible to increase the range of the model by almost 1,700 km, which allows the aircraft to carry out transcontinental flights. The flight test program was conducted using ten aircraft: three modifications, the 600, four 700 and 3-800. 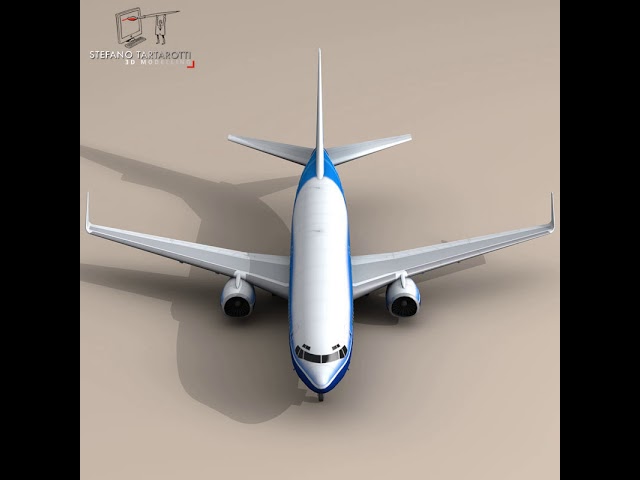