A hangar is a closed building structure built of metal, wood, or concrete used to hold aircraft or spacecraft. These are used for storage, protection from the weather, direct sunlight and for maintenance, repair, manufacture, assembly. However, the primary purpose of an aircraft hangar is aircraft storage. The largest hangars ever built include the Goodyear Airdock measuring 1,175x325x211 feet and Hangar One (Mountain View, California) measuring 1,133 ft × 308 ft × 198 ft (345 m × 94 m × 60 m).

Hangars need special structures to be built. The width of the doors has to be large; this includes the aircraft entrance. The bigger the aircraft to be introduced, the more complex a structure is needed. Airship hangars are generally larger than conventional aircraft hangars, particularly in height. Most early airships used hydrogen gas to provide them with sufficient buoyancy for flight, so their hangars had to provide protection from stray sparks to keep the gas from exploding.

Traditional aircraft hangars are steel-framed buildings that are built to insulate heat and cool. Plus, condensation can form in steel-framed buildings, leaving your aircraft, engine and instruments vulnerable to rust or deterioration due to build-up. A UK based agency assured a new Hanger that include all features in design and construction that can make a commercial aircraft hangar state-of-the-art and capable of facilitating the kind of activities which form the core of an MRO’s business.

At FlatPyramid, the design process is enhanced by 3-D modeling software which enables the creation of virtual environments before it is actually constructed. We have prepared this high resolution textures 3d model with ultimate accuracy and measurement along with availability in all formats like 3DS / OBJ / MAX / DXF / C4D so that it may reach your expectations and maximally close to the original.

Thank you for showing interest in buying 3-D model of Airport Hanger from FlatPyramid. 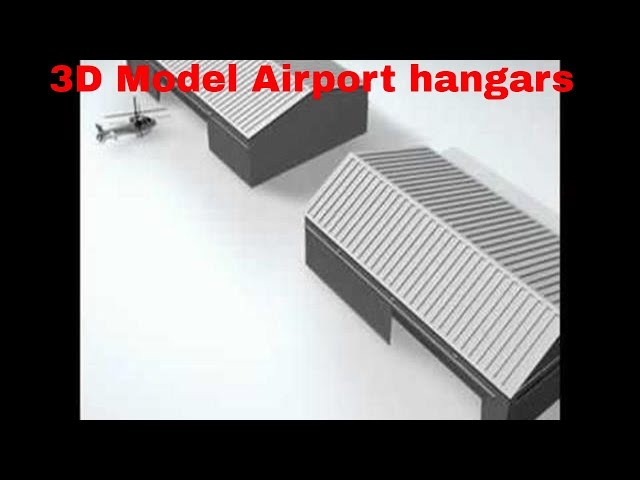