Mi-8MT Mi-17MT is a Russian medium twin-turbine helicopter with right overhead board to help the pilot. The right overhead board helps to control and command the helicopter. It is a transport helicopter; the Mi-8 is also used as an airborne command post, armed gunship, and reconnaissance platform. It is among the world’s most-produced helicopters and used by over 50 countries. As of 2015, it is the third most operational military aircraft in the world.

The Mi-8 is a multipurpose helicopter and produced in a number of variants. To improve its efficiency and performance, the Mi-8 was re-engined with 1 874 hp TV3-117MT engines to produce the Mi-17. This variant was introduced in 1975.

The armed Mi-8 helicopters are fitted with more powerful TV3-117VMA engines, which give an improved hovering ceiling. It is configured with a conventional pod and boom, with a tail rotor and non-retractable tricycle nose wheel and landing gear.

You can use the Mi-8MT Mi-17MT Right Overhead Board English 3D model in your animation projects like animations, films and gaming. Download this 3D model only from FlatPyramid which are available to download for commercial, non-commercial, and editorial use at the best prices. In case you have any queries regarding the product you can contact us anytime. 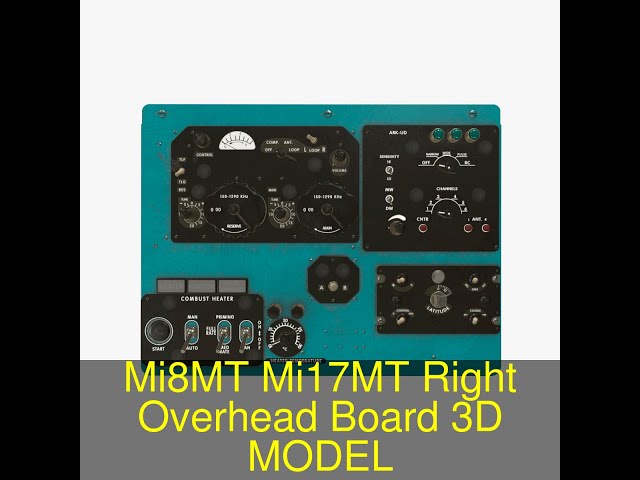