Only cinema4d R10 has materials and textures.
Other formats zip files have textures enclosed.
Polygons 18278
Vertices 20166
This model is only artistic representation of the subject matter. I made it for a flight magazine illustration.
The Airbus A330 is a large-capacity, wide-body, twin-engine, medium- to long-range commercial passenger jet airliner. Depending on the variant, it has a range of 7,400 to 13,430 kilometres 4,000 to 7,250 nmi, can accommodate up to 335 passengers in a two-class layout, or carry 70 tonnes 150,000 lb of cargo.
Airbus began studying derivatives of its A300 in the 1970s before moving to larger designs and launching the A330 and A340 in June 1987. The A330 was developed in parallel with the four-engine Airbus A340, with which it shares common airframe components. It incorporates fly-by-wire technology, introduced by Airbus on the A320, and the company also decided that the A330 and A340 would share a common cockpit with the A320. The A330 was the first Airbus airliner with three engine options: the General Electric CF6, Pratt & Whitney PW4000, and Rolls-Royce Trent 700.
Since its launch, the A330 has allowed Airbus to expand its market share in wide-body airliner sales. Airlines have selected the A330 as a replacement for less economical trijet airliners, and to compete with rival twinjet aircraft. 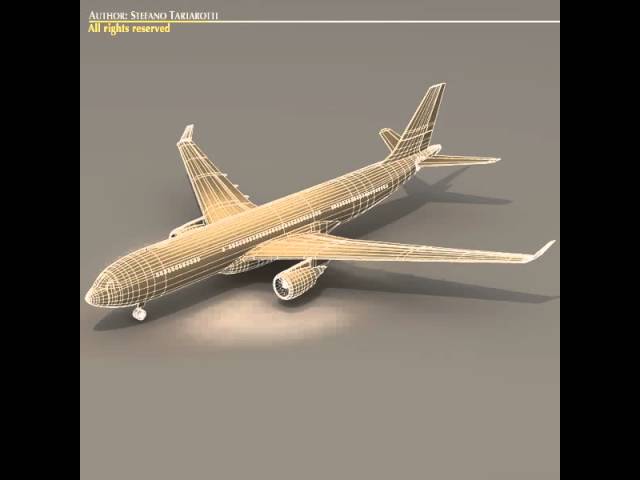