Alenia Aermacchi M-346 Advanced trainer - light attack
Only cinema4d R10 has materials and textures.
Other formats zip files have textures enclosed.
canopy can not be opened.
Polygons 12441
Vertices 10465
The Alenia Aermacchi M-346 Master is a military transonic trainer aircraft. It is based on work done by Yakovlev and Aermacchi while working on the Yak-130 as a joint venture.
The M-346 provides combat pilot training for front line fighters with high angle of attack capability. It is designed primarily to reduce acquisition and operating costs no afterburner, aircraft specially designed for transonic training and improve reliability two engines, triple-quadruple redundant systems.
The aerodynamic design of the M-346 uses vortex lift to provide manoeuvrability and controllability at very high angle of attack up to 40� degrees using a Fly-By-Wire control system.
The engines are the Honeywell F124, digital flight control system is by TeleavioMarconi in collaboration with BAE Systems, Dowty and Microtecnica for actuators.
The new IBC Industrial Baseline Configuration prototype present also a new air brake just behind the cockpit, similar to the Sukhoi Su-30, a new landing gear and some structural changes, with the use of more titanium and composite parts, in order to reduce weight and production costs. As a result the pre-series M-346 weight 780 kg less than the prototypes involving more specific excess power, faster acceleration and climbing, increased maneuverability and max speed, as well as improved fuel capacity 200 kg and cockpit visibility. 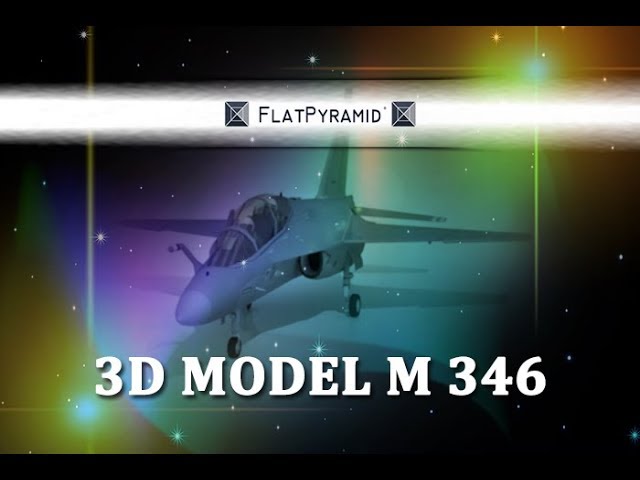