Let’s take a look into more details of this Concorde model.
The Concorde was a supersonic passenger jet made by British (British Aircraft Corporation) and French (Sud Aviation) companies. It was in service from 1976 to 2003. British and French airlines were the only buyers of this supersonic jet. It was too costly to fly in it and only the rich people can afford to fly in this. In 1997 the round trip ticket price to fly in this aircraft was 7995 USD this was only because of the short travel time and luxury they provide to the customers.
The Concorde flying speed was double from the sound speed which 2.04 Mach (2180 kmph). In 1972 it was 33.8M USD cost of a Concorde. This plane retired after the crash of Air France Flight 4590.
As you can see in this 3D model of the Concorde, this model can be used with various applications such as animated movies, school & college projects, scientific research, education purpose, movies, aircraft-based research, and many more projects. This beautiful airplane model showcases a detailed textured surface of a realistic Concorde plane and gives us high definition visualization of the object from all angles and the detailed overview of each part of the aircraft body as you can see its images above.
There are multiple file formats available for this Concorde airplane model as mentioned in the specification section so it can be used with any of the supporting rendering software.
Thanks for buying this 3D model of Concorde from the FlatPyramid. 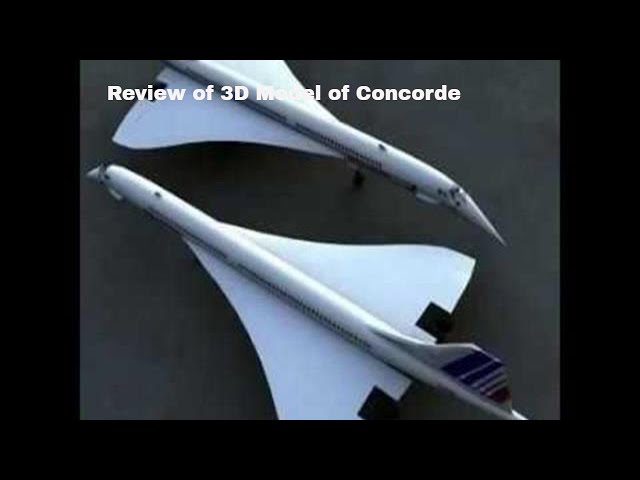