Royal Aircraft Factory BE2c high definitionThis polygonal Model represents the BE2c a 1916 airplaneThe aircraft carried the inscription ST Catherine Ontario onFuselage and was declared missing on 1 june 1916The aircraft respect the unit and proportion.Are present texture 1024 x 1024The aircraft work with meshsmoothset to 2 interationthe different part are justlinked,.The pivot point are just set for easy move different partlook like helix ailerons etc.Summary infovertex:107138 faces: 159484Is present a version for 3dsmax 8 and 3dsmax 9The obj version not support the material.If they want reduce the numer of poly in scene ,delete the Engine hight and merge with Engine low max 8Summary info vertex: 63648 faces: 75435The rendering is very fast 640 X 480 only 21 second

Early versions of the B.E.2 entered the squadron service with the Royal Flying Corps in 1912. These aircrafts served throughout World War I. They were used as patrolling and light bombing aircrafts. After single-seat modification, they proved to be effective night fighters. They took down several German airships completely destroying them.

By late 1915, the B.E.2 got incapable of defending themselves against German airships. But they had to stay in the frontline until new crafts were designed, tested and brought into service. Following their withdrawal, they were seen as potential training crafts and for patroling.

The B.E.2 has always been a subject of controversy both when they were in service and in later historical assessments. From B.E.2c variant on it had been carefully adapted to be inherently stable. This feature was helpful in its artillery observations and aerial photography duties. Most of these tasks were assigned to the pilots as they were able to fly without paying constant attention to the flight controls. In spite of a tendency to swing on take off and spinning, this type had a lower accident rates.

If you are an aircraft enthusiast and want to take the thrill of using one, FlatPyramid has come up with a high resolution 3-D model of the Royal Aircraft Factory B.E.2c. We have developed the model with high precision keeping in mind every detail and feature. We hope that you like it.

Thanks for showing interest in 3-D model of the Royal Aircraft Factory B.E.2c and thanks for stopping by. 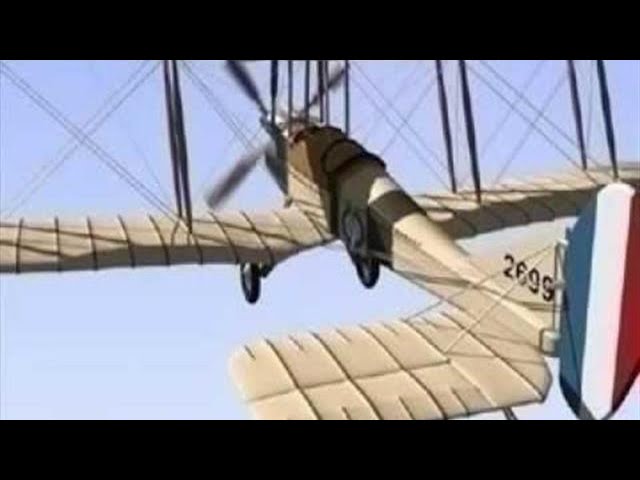