Generic high speed train with passenger platform.
Only cinema4d R10 has materials and textures.
Other formats zip files has enclosed some textures. But it could need some texture reassigning.
Polygons 74774
Vertices 79609

Let us discuss about this highly detailed 3d model of high speed train.

High speed train, as it’s name shown, it is a type of rail transport that operates significantly faster than traditional train. It is widely considered to be high-speed because it excess of 250 kilometres per hour (160 mph) whereas another trains only excess of 200 kilometres per hour (120 mph). In 1964 japan has begun this high-speed rail system and was widely known as the bullet train.

After that many countries have developed high-speed rail to connect major cities, including Belgium, China, Denmark, Finland, France, Germany, Greece, Italy, Japan and many more. This track built specially for high-speed travel.

In this 3D model most parts of this model are high resolution polygonal objects. And some parts of the model have been created as SubDivision/MeshSmooth surface. This means using the 3dsMax or the Maya version you can change the resolution/smoothness of these surface very easy.

As stated in the specification page, this model is available in several file formats so that it can be used with any of the supporting rendering software. In this model 3dsMax and Maya both are the base version of the model.

Thank you for showing interest in buying 3D models from FlatPyramid which are available to download for commercial, non-commercial, and editorial use. Come again here we are always ready to serve you with our services. However, if you have any questions the object then feel free to contact us at (310) 697-3740. 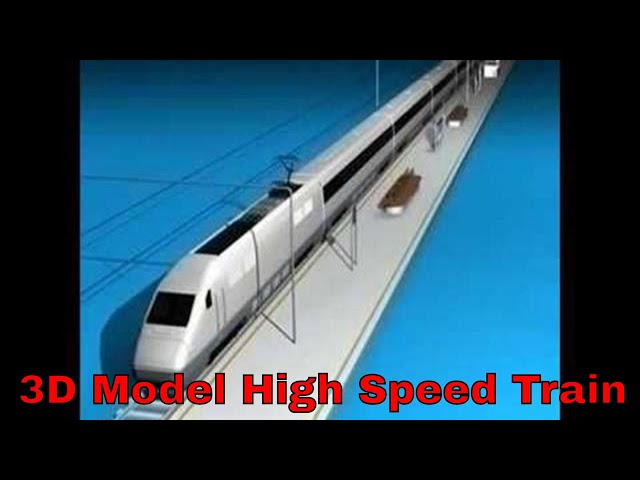