Model was made for use in architectural visualisations and animations and do not increase dramaticaly total polygon count in complete scene. It has xpresso in c4d format, that is ONLY animated, on steering wheel, handled by slider. Wheels are revolving automaticaly according to speed and movement direction. Suspension is keeping wheels always on track. Just align to spline, define terrain and have fun Environment scene where the car is placed is not included About 90 polygons are quads. At format .3ds and .max all geometry is triangular. Jointed model means hierarchy of parents and children objects. If an OBJ file is available, it is not jointed and contains only default grey material without any other properties. Textures are included with all files.

The Chevrolet Corvette, also known as Chevvy Corvette or Vette is a front-engine, rear-drive, two-door, two passengers sports car. It is manufactured and marketed by Chevrolet for more than 60 years and over 7 design generations.

In 1953, when the GM executives were looking to name the new Chevrolet sports car, the PR assistant director, Myron Scott suggested Corvette and it was approved. The first convertible was introduced at the GM Motorama in 1953 as a concept. The second generation was not introduced until 10 years later when the Coupe and the Convertible models were introduced.

The Corvette has been manufactured in Bowling Green, Kentucky since 1981. Since then it was hailed as America’s supercar. After starring in the early 1960’s television show, Route 66, the Corvette became synonymous to freedom and adventure. The popularity led it to be known as the most successful concept car in history and also the most popular sports car in history.

The first generation was introduced in the 1953 model year as. It was originally designed as a show car for the 1953 Motorama display at the New York Auto Show. Its first production intending to sell to public was started on June 30, 1953.

The fourth-generation Corvette was the first complete redesign of the Corvette since 1963. The fourth-gen production started in 1983.

If you love old sports car, you can always fulfill your fantasy in the virtual world. FlatPyramid has developed a high resolution 3-D model of the Chevrolet Corvette Coupe (1985). You can actually feel the brilliant detailing and precision of the car. We hope you like it.

Thanks for showing interest in purchasing the 3-D model of Chevrolet Corvette Coupe from FlatPyramid. 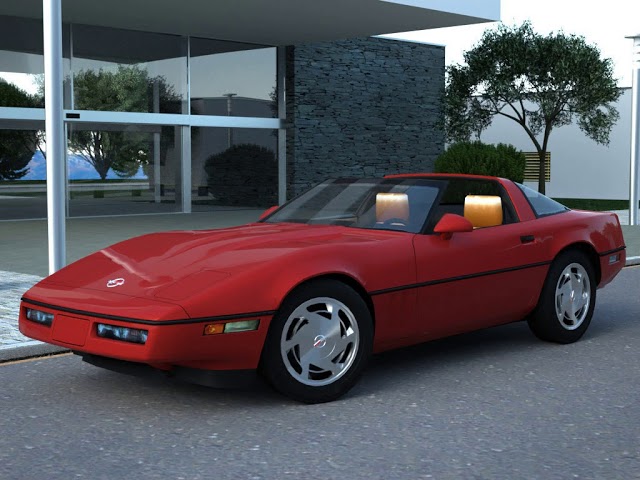