The land speed record is the highest record ever achieved by a person while driving on land. There is no single body for validation and regulation. The Land Speed Record is standardized as the speed over a course of fixed length, averaged over two runs. Two runs are required in opposite directions within one hour, and a new record mark must exceed the previous one at least by one percent to be validated.

The first regulators were the Automobile Club de France, who proclaimed themselves arbiters of the record in 1902. Different clubs had different standards and did not always recognize the same world records until 1924. Association Internationale des Automobile Clubs Reconnus (AIACR) introduced new regulations: two passes in opposite directions within 1 hour.

In 1906, Dorothy Levitt broke the women’s world speed record for the flying Kilometer, recoding the speed of 91 miles per hour. She received the tag of the fastest girl on Earth. She drove a six cylinder Napier Motorcar, with the power of 100 horses.

A report in 1974 confirmed that the incumbent record was held by Lee Breedlove.

Well, who doesn’t like to ride a fast machine, but you can for sure enjoy it on a screen. FlatPyramid has developed 3-D model of the Land Speed Record Jet Powered Car. It is a high resolution, crisply designed model for animations, movies and gaming. We hope that you like it.

Thanks for showing interest in the 3-D model of the Land Speed Record Jet Powered Car. 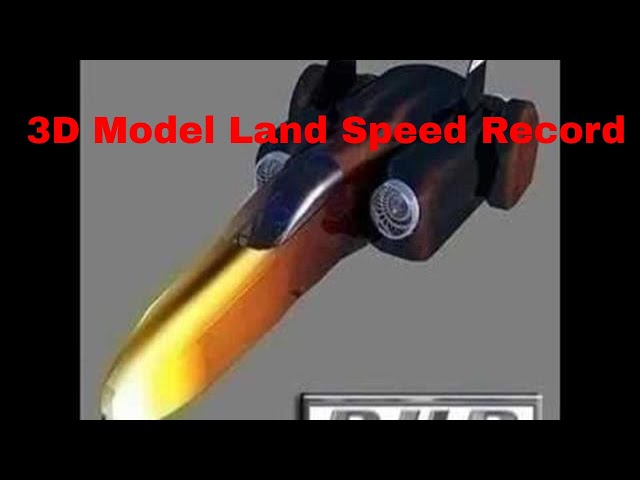