Polygonal model very detailed realized in 3dsmax 9Use of meshsmoth set to 2, the model is separated in groups of easy selection.Poly 330538vertex 273338Motor of rendering Mentalray 3.5Mak 21 are a certified operator 3d

Polygonal model very detailed realized in 3dsmax 9Use of meshsmoth set to 2, the model is separated in groups of easy selection.Poly 330538vertex 273338Motor of rendering Mentalray 3.5Mak 21 are a certified operator 3dsmax Discreet

The Ducati 916 is a fully faired sport bike made by Ducati featuring a 916 cc (56 cu in) fuel injected, 4-valve, desmo, liquid-cooled, 90° V-twin engine in atrellis frame. The chief designer of Ducati motorcycles since the 1970s was Fabio Taglioni. Designed by Massimo Tamburini and Sergio Robbiano with his team, the 916’s water-cooled engine was a revision of that of its predecessor, the 888.

Design of the Ducati 916 was a synthesis of form and function:

• The stylish single-sided swing arm was designed to make wheel changes faster during races.
• The underseat exhausts improve aerodynamic performance, and gave very clean lines. This feature was initially introduced on the Honda NR, and although Ducati was not the first, it has remained one of the trademark features of 916 line.

Making its debut in 1994, the Ducati 916 was admired because of its new design and outstanding technical features. Hundreds of bikes have been launched since then, but none have been as influential as the 916. Initially, the 916 appeared in monoposto (single seat) Strada form, making 114hp precisely 100hp less than its modern equivalent. who could forget 1994 when Ducati stunned the world with the amazing 916? It was another Ducati-inspired revolution in the high-performance sports motorcycle category. With the 916, technology and style, performance and symmetry reached maximum level, the 916 received the title ‘Motorcycle of the year.

At FlatPyramid, we have created a high polygon 3D model of Ducati 916 originally modelled in 3ds along with other file formats like max and .obj with high resolution and accurate dimensions maximally close to the original. All models at FlatPyramid are available to download for commercial, non-commercial, and editorial use.

Thank you for showing interest in buying 3D model from FlatPyramid. 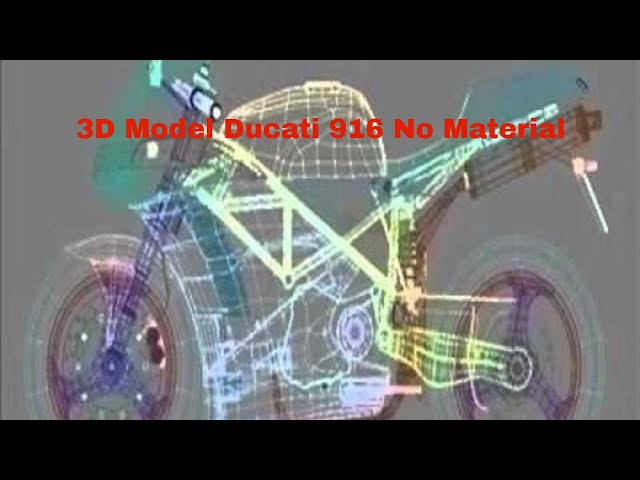