The Kawasaki Z1000 is a four-cylinder motorcycle that was firstly introduced as a successor to the early-1970s Z1 and Z900 machines. In 2013 Kawasaki broke with the 3 year update cycle and choose to release a special edition, alongside the standard edition, to mark the 40th anniversary of the Z brand.

The built since 2002 Kawasaki Z 1000 is a sporty naked bike of the Japanese manufacturer Kawasaki Heavy Industries . It has been launched by Kawasaki as the successor of the built from 1972 to 1984 Z-series on the market, however, has few similarities with the old models. Since 2004 she forms a model series with her little sister of the Z 750 . From the Z 1000, three model versions have been produced so far. For the current model 2010 version for the first time no longer the 953-cm was 3 -Motor the now-defunct ZX-9R , but a separate unit with 1043 cm 3 installed capacity.

In Streetfighter style, the Z 1000 was presented to the public at the end of 2002. A striking feature is the two exhaust pipes on the right and left side, which is stylistically continued into the model year 2010. The intended number for Germany for the model year 2003 was already sold out in August 2003. The motorcycles were renewed for the model year 2007 and 2010 respectively. In addition, however, was maintained annually model maintenance, but limited to minor changes, such as coloring. Only with the larger facelift versions, many details were revised or completely redesigned. With the current model from 2014, Kawasaki has tightened the design to present the Streetfighter style more aggressively, measurement qualitatively and maximally. 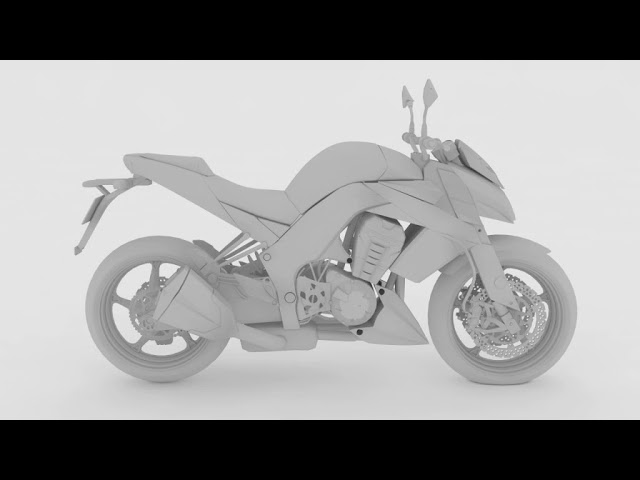