I made this model for a newspaper illustration.
made in cinema4d R12.
.fbx format is good for importing in 3dstudio max and Maya.
Polygons 21492
Vertices 19625
If you like the model please rate it.
The Bristol Type 175 Britannia was a British medium-to-long-range airliner built by the Bristol Aeroplane Company in 1952 to fly across the British Empire. During development and acceptance testing, the turboprop engines proved susceptible to inlet icing and two prototypes were lost while solutions were found.
By the time development was completed, "pure" jet airliners from France, United Kingdom and the United States were about to enter service, and consequently, only 85 Britannias were built before production ended in 1960. Nevertheless, the Britannia is considered one of the landmarks in turboprop-powered airliner design and was popular with passengers. It became known by the title of "The Whispering Giant" for its quiet exterior noise and smooth flying. 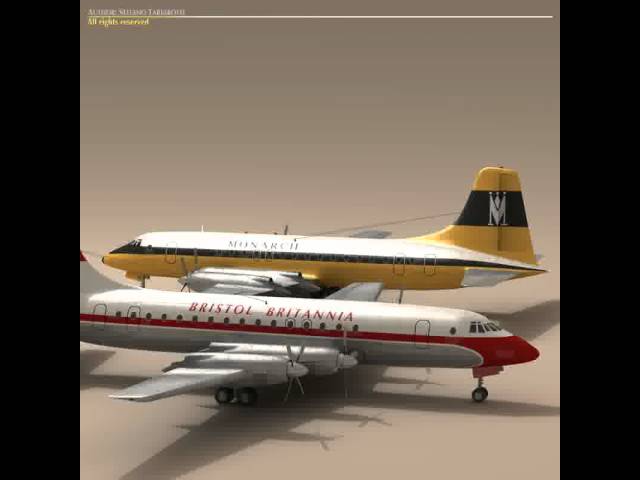