In speculative fiction, that is concerned with the end of civilization due to a potentially existential catastrophe such as nuclear warfare, extra-terrestrial attack, cybernetic revolt, technological singularity, supernatural phenomena, climate change, resource depletion or some other general disaster. floating cities are a common trope, that float in the atmosphere of a planet by scientific or magical means. While very large floating structures have been constructed or proposed in real life, aerial cities and islands remain in the realm of fiction.

During the 1920s, a science fiction author Hugo Gernsback speculated about floating cities of the future, suggesting that 10,000 years later a city of New York size will float several miles above the surface of earth, where the air is clean and free from diseases. Like jetpacks, flying cars and robot butlers, the Futuro was supposed to revolutionise the way we lived. Unlike others this architectural oddity actually existed. A colourful pod in the shape of an ellipse, the Futuro was a sci-fi vision of the future, offering us a living space light years away from what most of us were used to.

Visual interpretation of these concepts is not an easy task. But at FlatPyramid we have come up with this realistic 3D model of wing city with perfect design. This model can be used for a variety of purposes such in graphics, animated movies, ventures, educational intent, love making films, and many more.

We have created this model as real it could be. If you’re looking for such a model then your search must end here. Visit our website for choosing wing city 3D model with full detail. We also appreciate your trust in us. Thanks for showing interest in buying 3d model from FlatPyramid we are always willing to serve you. 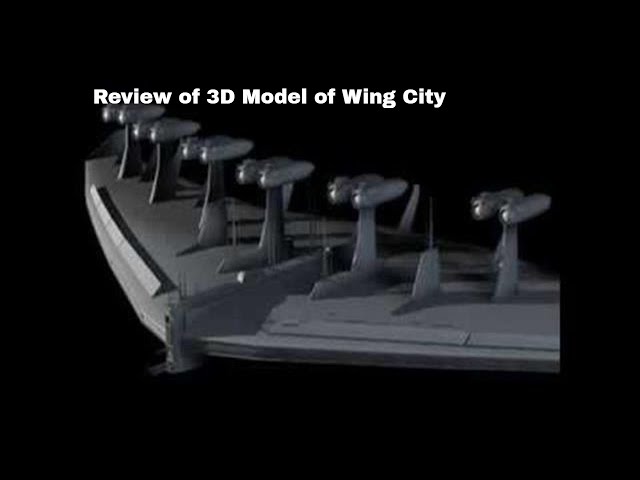