The first generation was introduced in 1996. It was powered by a 2.5-litre flat 6-cylinder engine. In 2000, the base model was upgraded and a new Boxter S variant was introduced with 3.7-litre engine. Further, in 2007, the styling and power output was upgraded

In 2005, the company introduced the second version of the Boxter, type 987 with a powerful engine and styling inspired by Carrera GT. In 2009, the Boxter model was upgraded with several new cosmetic and mechanical aspects which further increased the power output and performance.

The third generation was launched in 2012 at the Geneva Motor show. In the fourth generation Boxter, two cylinders were removed making the car turbocharged flat-4 engine. This was intending to make the car lose weight in order to be fast enough to win races.

If the Boxter fascinates you and you want to include it in your animations, visualizations and other Tv or movies, FlatPyramid has developed a 3D model of Porsche Boxter. We have tried our best to keep it as real as possible. We have designed the 3D model very precisely and with great detailing. If you want to have real-time feel of the Boxter, reach out to FlatPyramid.
Thanks for buying the 3D model of Porsche Boxter from FlatPyramid. 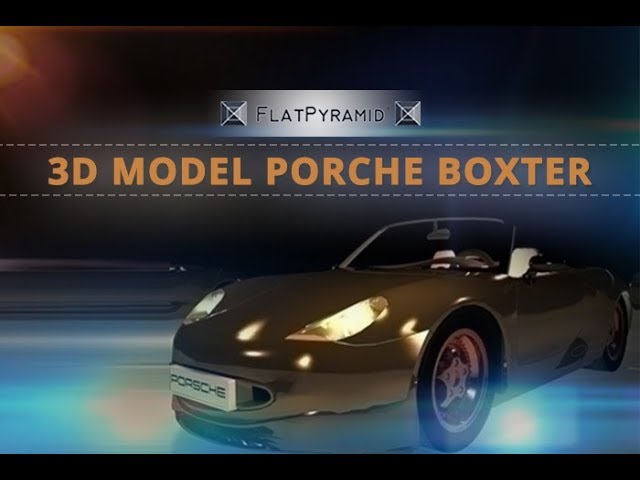