3D Modeling is the creation, manipulation, and storage of geometric objects to represent objects that are all around us or virtual objects. The process of 3d modeling begins with the use of specialized 3d modeling software. The 3D artist develops a mathematical, wireframe representation of the object using specialized software. The final product is called a 3D model.

The 3d modeling process for 3D computer graphics is similar to sculpting. During this process geometric data is manipulated and prepared manually or automatically. There are three methods for creating and representing a 3d model. They are: polygonal 3d modeling, NURBS 3d modeling, and Splines and Patched 3d modeling.

Polygonal 3D modeling uses vertices that are connected to form a polygonal mesh. Because they are polygonal, curved surfaces are approximated by using many small flat surfaces. The vast majority of 3D models today are built as textured polygonal models, because they are the most flexible and quickest for the computer to handle. Polygonal 3d models can be categorized as high polygonal and low polygonal models depending on the density of the polygonal mesh. Low poly 3d models are preferred for 3d games and simulations as they tend to require less computing power.

NURBS 3d modeling uses NURBS surfaces. NURBS are truly smooth surfaces, not approximations using small flat surfaces, like polygonal 3d modeling. They are best suited for complex forms and organic modeling. NURBS surfaces are defined geometrically by spline curves, which in turn are influenced by weighted control points. The curve follows these weight control points, so increasing the weight of a point will pull the curve closer to that point and vice-versa.

Splines and Patches 3D modeling depend on curved lines to define the visible surface. When using this method the 3d modeling stage consists of shaping individual objects that are later used in the scene. There are a number of techniques including: constructive solid geometry, implicit surfaces, and subdivision surfaces.

Modeling can be performed by means of a dedicated 3d modeling software program or an application component or some scene description language. In some cases, there is no strict distinction between these phases; in such cases modeling is just part of the scene creation process.

Once the 3d model is done, the 3D artist may begin the process of 3D rendering for visual representation in 2D or use the 3d model for an animation. Also, the 3D model can be used for other applications including computer simulation of physical phenomena. The 3d model can also be physically created using 3D printing via rapid prototyping techniques. When 3d printing is used, the 3d object is created connecting layers of cross sections of material. 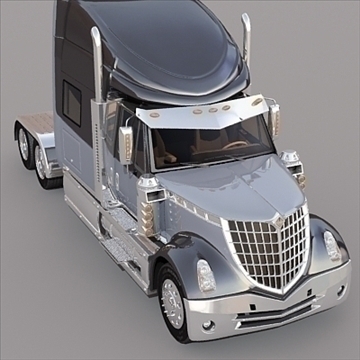