The Creation Process Of A 3D Model: Rendering

The Creation Process Of A 3D Model: Rendering

Rendering is the third and final step in the simple creation of a 3D model. Rendering refers to the image being visualized with images being created from the 3D model. There are many features of a rendering, these include; transparency, shading, shadows, reflection, depth of field, caustics, fogging, bump-mapping and texture mapping. These features are the most commonly used when an object has been rendered.

The transparency of a rendering can be adjusted, and details the transmission of light through objects giving the viewer a line of slight through the object. 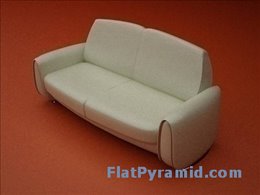 Shading of a rendering can be adjusted on the surface to create a darker or light effect. This is adjusted with how the light of the scene diffuses into the object.

The shadows of a rendering can be changed with the scene lighting. Some parts of the scene may be lighter than others therefore causing variations in the light that is shown in the object.
To incorporate a mirror effect on an object rendering will give a reflection, a sharp – shiny reflection of the object.

Depth of field can cause the focus of the object to shift, for example – part of the object in the foreground may be in clear focus, while object outside of the depth of the field will become less defined or blurry.

Using caustics while creating a rendering can illuminate certain parts of the rendering using highlights, mirrors and transparency tools.

Fogging an object in the rendering process directs how the light will dim while passing through air that is not clear, similar to the way that we see fog in real life.

Bump and texture mapping are both ways of creating surfaces upon the shell of the object. These incorporate texture and detail and add lifelike qualities to inanimate surfaces.
This overview highlights the most common effects used in the rendering of objects in the 3D modeling process. The options are practically endless, although most 3D modelists find these to be the most popular, and useful while creating 3D models.