The Importance Of 3D Models In Video Games

The Importance Of 3D Models In Video Games

Have you ever wondered who the masterminds behind the characters that are used are in your favorite video and PC games? Each large game producing company has a staff of creative designers that match voices with faces, and design body types, names, species, and all aspects that comprise the physical features of those memorable personalities. Before a character is even considered by the company to use in a game, the designers are in charge of creating a detailed and precise 3D model of the character in progress to express the ideas, features, and purpose of the character as it pertains to the game. 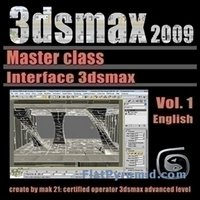 A designer may go through a dozen models before a decision maker is impressed, and characters may also be adapted from several models given. These model designers use high tech premium programs and software that allow them to have full control of their ideas, and the ability to create symmetrical and proportionally correct characters. These finished models are able to be translated straight from the computer to a fabrication stage, and through the use of laser cutting, or stereo lithography, are brought to life as to-scale representations.

Once approved, these characters are taken from the original software, and are worked into the games as seen appropriate by the creators. The use of models in the production ensures a smooth transition from an idea, to a digital model, to a physical model, to your computer or TV screen.