a low-polygon african elephant modeled and textured in carrara.

The different African elephants have long been considered as representatives of subspecies of the taxon Loxodonta africana. Studies on four genes in 2001 demonstrated that the two main African subspecies Loxodonta africana Africana and Loxodonta africana cyclotis were in fact two distinct phylogenetic species: in Africa, the Loxodonta savanna elephant should now be distinguished. Africana and the forest elephant Loxodonta cyclotis. These results, challenged by other scientists, were confirmed by a study of 375 regions of their nuclear DNA compared with the Asian elephant and two missing "cousins", Mammut americanum and Mammuthus primigenius. The divergence between the two species occurred at the same time as the divergence of the Asian elephant and the woolly mammoth, while the separation between the African elephant and Asian elephant lines dates back to 4.2 to 9 million years.

The African elephant is the largest animal walking the Earth. Their herds wander through 37 countries in Africa. They are easily recognized by their trunk that is used for communication and handling objects. And their large ears allow them to radiate excess heat.

Elephants are mighty beasts, and they have evolved to survive perfectly well in hot, arid conditions. They are herbivores, meaning that they eat leaves, roots, fruits and grasses but do not eat the meat of other animals. They are the gentle vegetarian giants of the African Savannahs . 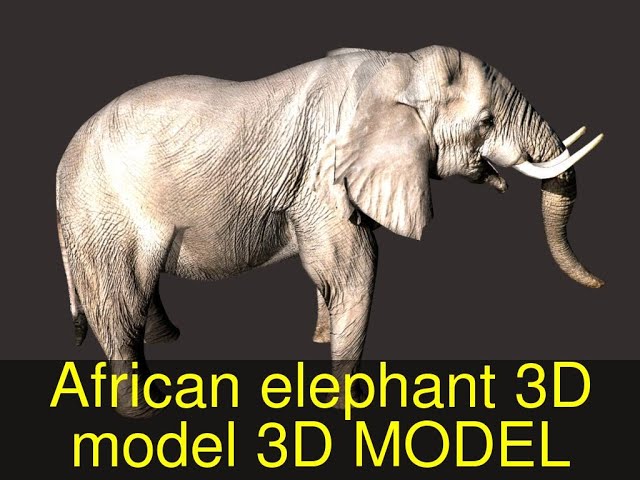