Air traffic controllers, using air monitoring facilities, continuously monitor airspace and identify potentially conflicting situations (radioactive equipment (radio stations, launchers, etc.), situations where there is a threat of an AC approach in one place, at the same flight level at the same time).

Potentially conflicting situations are solved by dispatchers by certain methods:

The new control tower at Cairo International Airport was inaugurated by Egyptian President Hosni Mubarak on October 21, 2010. At a height of 110 meters, it dominates the airport platform, which in 2009 welcomed 14 million passengers. To cope with the increase in traffic, a third runway was also built. The set was realized by ADPI a French company of architecture and engineering which realizes, all over the world, big development projects and complex buildings (airports, stadiums, buildings, opera, ...).

The 110-meter high concrete shaft, raised from a control room, makes Cairo's new control tower one of the tallest in the world. At the top of this 33 floors hight tower, the new booth allows controllers to have 360-degree visibility on the platform. The technical block offers a total area of ​​more than 3,000 square meters. This program includes the complete provision of new communication systems as well as the extension of existing surveillance systems to meet the requirements of excellence in terms of safety and efficiency of the air traffic control service. 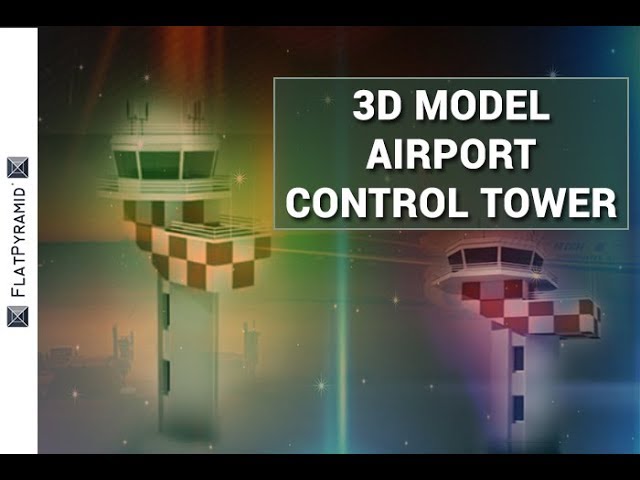