Lighthouse with interior.
Only cinema4d R10 format has materials and lights.
Polygons 32198
Vertices 30542

Lighthouse is a tower with a bright light. Its made for emitting light from a system of lamps and lenses. It is located in dangerous places at sea and waterways. The two main purposes of a lighthouse it is a navigational aid to warn boats and ships of dangerous areas. It is like a traffic sign on the sea and waterways

Callao lighthouse is one of the tallest lighthouses. It built on the Isle of Lorenzo. It is an octagonal tower, and its height is 18.5 meters, and the lantern has its focal plane 500 meters above sea level.
Marius Michel Pasha was a Navy officer he built a hundred lighthouses along the coasts of the Ottoman Empire in a period of twenty years after the Crimean War (1853–1856).

You can use the Lighthouse 3D model in your animation projects films, and gaming, Download this 3D model only from the FlatPyramid website at the best prices. In case you have any queries regarding the product you can contact us anytime. 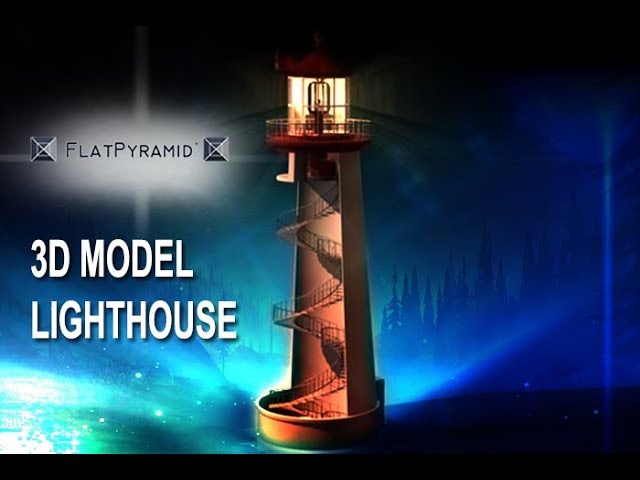