Tiananmen Gate, or the Gate of Heavenly Peace, bounds the northern end of Tiananmen Square in the center of Beijing. It was first built in 1417 during the Ming Emperor Yongle"s reign as the principal entrance leading to the Forbidden City. At that time the gate was named Chengtianmen, but the wooden structure burned down in 1457 and was reerected in 1651 and renamed Tiananmen. The gate stands 34 meters (112ft) high, has red stone walls, a wooden roof and contains five arched passages leading through its white marble base. The gate is surrounded by a moat, the Golden Water River, which was formed to guard the Imperial Palace. Five white marble bridges cross the river and lead to the passages of the gate. Ornamental marble and columns and stone lions decorate the front of the gate. In imperial times the gate and Tiananmen Square were not accessible to the public. Often religious and military ceremonies were held and imperial edicts were announced from Tiananmen. It was also from the rostrum of the gate that Mao Zedong announced the establishment of the People"s Republic of China on October 1, 1949. 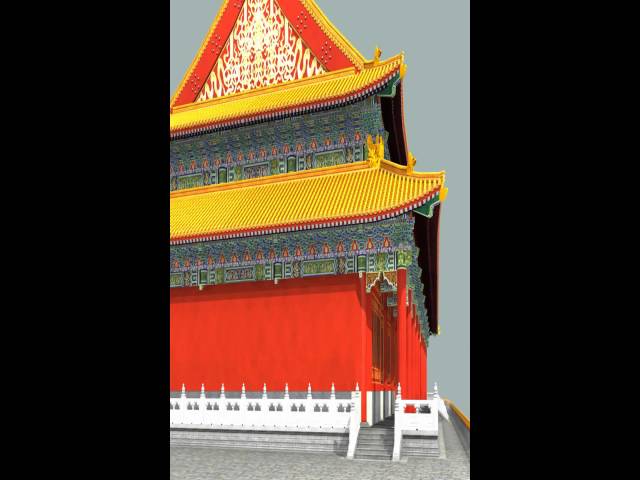