This model is Game-ready.

By the use of normal maps it also works for all types of renderings, except closeups.

- Texture maps in .dds format with full set of mipmaps.
- Diffuse, Specular and Normal maps.
- Single map per object.
- Map dimensions from 256x256 to 1024x1024 pixels.
- Pivots at origin. Dummies at rotation center. (Max version)
- All objects parented to dummies.
- The X file comes in two versions: One for right-handed and one for left-handed coordinate systems. (Mirrored Z coordinate)

- No camera and light setup included.

- AntiqueSafe01_uvw.zip contains UVW mapping files for all parts of the model.

Diebold, Incorporated is a manufacturer of comprehensive self-service and security systems for banks and financial institutions.

Diebold was founded in 1859 as a company that produced security systems for banks. In 1967, at the automation conference organized by the American Banking Association, Diebold presented for the first time a prototype multi-functional ATM. Today Diebold develops and manufactures ATMs and software for them.

The company's shares since 1964 are listed on the New York Stock Exchange under the symbol DBD.

Diebold offers integrated technology solutions that enable banks and financial institutions to expand customer service capabilities. Many know the company's products under the IBM trademark since from 1990 to 1998, Diebold's international business was built in partnership with IBM through a joint venture InterBold. Since 1999, Diebold products are represented on world markets under their own brand. 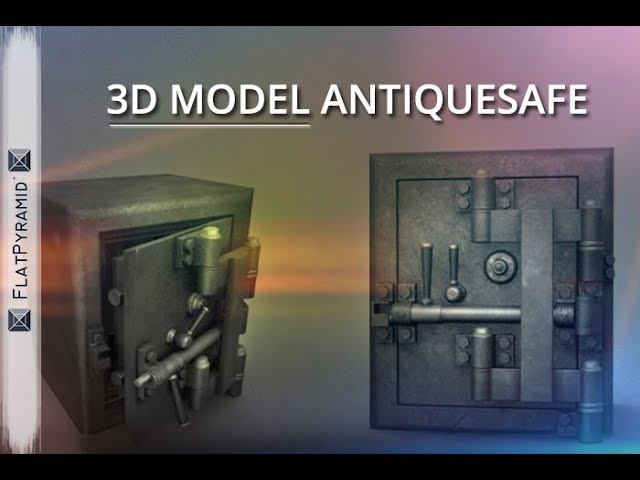