Antique globe 3D model to be placed on a desk or table.

This model is Game-ready.

By the use of normal maps it also works for all types of renderings, except closeups.

- No camera and light setup included.

The globe, unlike geographical maps, is convenient for obtaining a general idea of ​​the location of continents and oceans. At the same time, the globe (of normal size) has a rather small scale and cannot show any terrain in detail, moreover, a flexible ruler is needed to measure distances on the globe. Some globes were originally equipped with arched rulers.

The star globe (celestial globe) shows the location of stars as a mirror compared to how they are seen in the sky, as we look at the globe from the outside, and see the celestial sphere “from the inside”.

The accompanying file contains shaders for each part of the model. It also contains a project file for FX Composer, which makes it easy to tweak and modify the shaders.
Previews with white border are snapshots from FX Composer.

FX Composer is a free tool from Nvidia. (developer.nvidia)

- AntiqueGlobeTable01_uvw.zip contains UVW mapping files for all parts of the model. 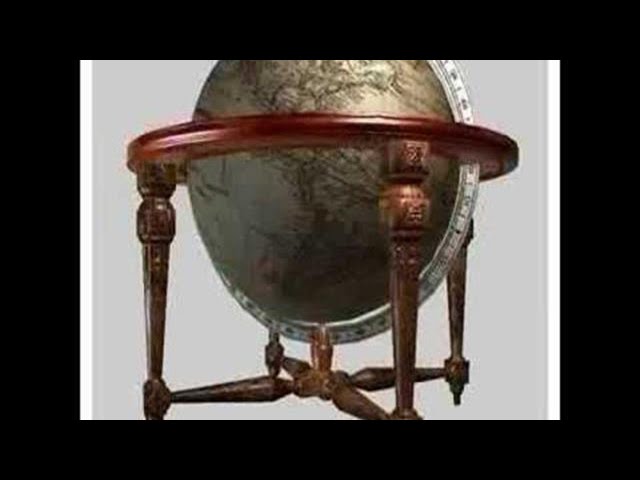