Features:
- Inside scene: Model with 7 textures and 1 bumpmap
- All textures are included.
- No cleaning up necessary, just drop your models into the scene and start rendering.
- No special plugin needed to open scene.

- NOTE - In lwo, 3ds, fbx and obj the Bumpmap (Floor_Bump) must manually load in the Materialcanal.

Motor. The engine is a source of mechanical energy to start the generator and generate electricity. As a rule, diesel engines are the most used because of their mechanical, environmental and economic benefits.

Electrical system. Own electric motor system, having 12 V or 24 V, constant voltage (minus on the ground). The system contains: electric starter, rechargeable batteries and sensors of working and emergency signals. Typically, the engine has an oil pressure sensor, temperature and generator load. In low-power mobile power plants, permanent (often neodymium) magnets are used to excite electromotive force in fixed stator windings, and in high-power generators, the so-called, direct excitation battery is used to power the excitation windings on the rotor (electromagnets). and after reaching rpm, the generator switches to self-excitation through semiconductor rectifiers.

Cooling system. Engine cooling can be done with water, grease or air. The air cooling system consists of a powerful cold air fan running along the engine systems. The water / oil cooling system contains a radiator, with a built-in fan, to cool the components of the diesel engine. 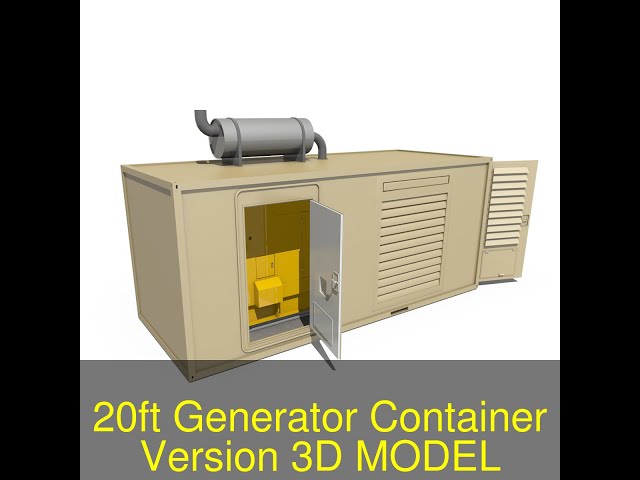