The avian flu or bird flu , also known as avian influenza (English), avian flu or bird flu, refers to an infectious disease virus that affects birds, although it has enough potential to infect different species mammals, including the human being, the pig and the domestic cat. It was first identified in Italy at the beginning of the 20th century and to date has been manifested in various parts of the world.

The avian flu viruses are part of the genus Influenzavirus A of the Orthomyxoviridae family and are RNA viruses segmented, negative chain. This family includes several viruses classified into three types, A, B or C, based on the antigenic character of an internal nucleoprotein. Type A is the only one that causes natural infections in birds. Types B and C infect humans primarily and, occasionally, pigs. The first cases of bird flu were recorded in South Korea [Bundang, 15 km from Seoul]. The population began to show symptoms of common flu, rash, and cough accompanied by blood. The virus spreads in approximately 36 hours, that is, it takes 36 hours to fully develop in a human being and is also transmitted orally. It can become an epidemic if Quarantine is not applied, otherwise, it will infect approximately 3% of the world population. 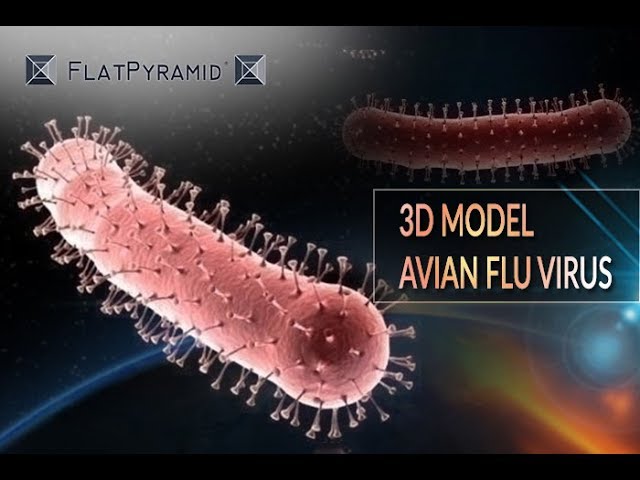