Features:
- Inside scene: - model
- No cleaning up necessary, just drop your models into the scene and start rendering.
- No special plugin needed to open scene.

The GMG fires 40mm high explosive grenades up to 2km at a rate of 340 rpm. The grenades are belt-fed into the GMG from a 32 round box. An illuminated reflex optical sight can be fitted to the GMG to allow the operator to acquire targets out to its maximum range. A night-vision scope can also be fitted to the weapon.

The navy made further improvements to the weapon resulting in the Mod 3 in 1976. The Mod 3 was adopted by the U.S Army in 1983 and remains in service to the present day.

The MK-19 is a man portable crew-served weapon that can fire from a tripod-mounted position or from a vehicle mount, with the latter being the preferred method, as the weapon alone weighs 77.6 pounds. The primary ammunition for it is the high-explosive dual-purpose M430 grenade. Upon impact, the grenade can kill anyone within a radius of five meters, and wound them within a radius of 15 meters.

Production of the MK 19 is managed by Saco Defense Industries.

At FlatPyramid, we have developed a 3D model of the 40mm Grenade Machine Gun GMG. It is a very high definition model which can be used for commercial, non-commercial and editorial purposes. It is available in different formats to be used for different purposes. We hope that you like it.

For further assistance, please feel free to contact us. We will be very happy to help you out with your concerns.

Thank you for showing interest in the 3D model of the 40mm Grenade Machine Gun GMG. 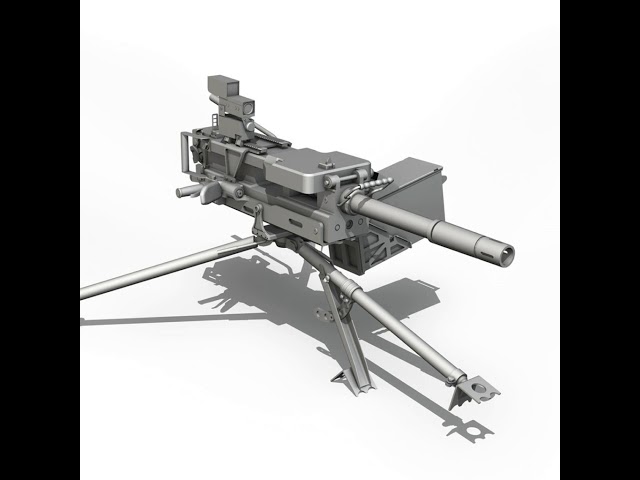